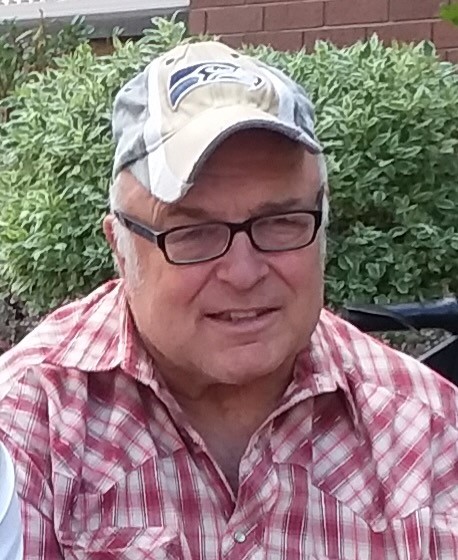 Michael Eugene Clegg was born on May 18, 1949 to Delores Bea Clegg and Maynard Eugene Clegg at St. Luke’s Hospital in Boise, Idaho. Mike had one brother, Tom Clegg and a sister who passed away at a very young age.  Mike and his parents moved to Alaska where Mike graduated from East Anchorage High School in 1967 where Mike participated in Wrestling, Chess Club and probably a few other “fun” activities neither known or accounted for.

In August of 1969 Mike had enlisted in the Army. Mike’s Military career was short lived, however, a total of 4 days, unfortunately, due to poor eyesight.

Mike’s dream job was driving truck and not just any truck. Mike started with Central Construction Company based out of Seattle Washington but soon went to work for S&G Construction North Slope Enterprises based in Anchorage Alaska. Mike loved his job. He loved everything about it and talked fervently about his days on the ice delivering water.

Mike, at the age of 24, was involved in a head on crash which tragically took the life of his friend and left Mike in a coma for 4-5 months. Having sustained massive injuries and many surgeries Mike’s tenacity and perseverance allowed him to live independently, his way.

Mike purchased his home in Boise, Idaho in July l980. He lived in his home until it became necessary for him to have help with his day to day activities. To say it was a difficult task for him to recognize his need would be an understatement. His strong desire to be independent is what gave Mike the strength to succeed with all his disabilities. He grew to enjoy the attention and the conversations, especially the stories he got to tell about Alaska and the Seahawks.

Mike’s accident had prepared him for his next adventure. An Idaho Chapter of Mother’s Against Drunk Drivers was founded here in Boise in the 1970’s. Mike found himself alongside Betty Stadler, the founder of Idaho’s MADD, and offered much assistance to her as she developed the program. The two traveled the state together holding assemblies for High School students and presenting Mike’s story at MADD’s Victim Impact Panel which all DUI offenders were ordered to attend. Mike had a story to tell because he had been personally impacted by a drunk driver. The stories he told, along with the physical scars that he bore, allowed him to be transparent and believable to many. Mike saved many of the letters that he had received after such events, all boasting of Mike’s optimism and his inspiration.

Mike loved the idea that he had given in access of 153 units of blood. O negative, “a special type, good for anyone”, he’d say. The Idaho Red Cross was yet another of Mike’s fondest organizations. Blood brings life and he had required much during his time in the hospital after his accident.

Max, Mike’s beloved dog, also set him on course to volunteer at the Idaho Humane Society. He loved not just his Max but all dogs. Not cats. Max lived in THE best dog house ever because his owner, Mike, had purchased the winning ticket in a fundraiser for the Idaho Humane Society! Max was Mike’s constant companion for a lot of years.

The main thing in Mike’s life came when he was driving truck on the icy roads of Alaska. Mike would tell us of the incredible beauty he found while driving. He would lift his arms and praise the Lord for such a magnificent creation. He openly praised Jesus his Lord in spite of his physical ailments and limitations. Mike attended Calvary Chapel Boise where his voice lifted up the loudest praise songs that echoed throughout the entire sanctuary. Just about everyone knew Mike. He loved his Pastor Bob. He loved the Lord Jesus and was thankful everyday that he was never alone.

A Celebration of Life service is planned on Friday June 3 at 2:00 on the Campus of Calvary Chapel Boise, 123 Auto Drive. A reception will follow at the home of Murray and Karen Daley, 3108 N. 24th Street, Boise, Idaho 83702

A Celebration of Life service is planned on Friday June 3 at 2:00 on the Campus of Calvary Chapel Boise, 123 Auto Drive. A reception will follow at the home of Murray and Karen Daley, 3108 N. 24th Street, Boise, Idaho 83702