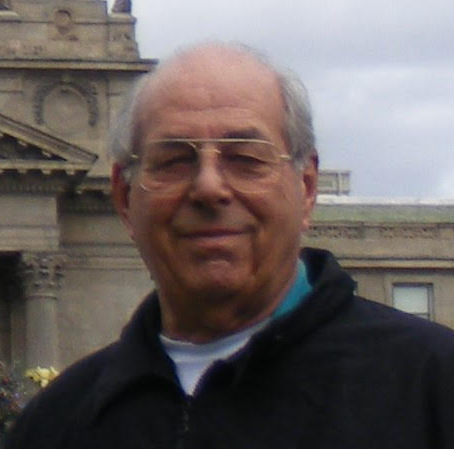 Mervyn (Merv) Weldon Ellsworth, 83 of Boise, Idaho, passed away quietly at his home on August 14, 2021, after a long illness brought about by a stroke last November. He was with family at the end.   Merv was born February 11, 1938, in Oakland, California to Floyd W. and Edith M. Ellsworth.

Merv worked in HVAC for 40 years in at the Key Bank Building downtown.  In his early years he was a motorcycle mechanic and raced motorcycles, earning several trophies in the Bay Area.  He had many interests and hobbies including antique radio repair and, collecting electronics, cuckoo clocks and other unique items.  He was once a passenger on a B-17 Flying Fortresses that came to Boise for an air show and helped out on a few restoration projects at the war Hawks Air Museum in Nampa. He and his wife Carol, also enjoyed exploring caves in Idaho, Oregon, and California.  Some of their favorite trips were to Hawaii, Glacier and Yellowstone National Parks, where they took thousands of pictures, and hosted many family slide shows.  One of his major joys was raising German Shorthair dogs.  He had several over the years, taking them into the foothills and exploring the walking trails in that part of the city.

Merv will be greatly missed by colleagues, friends, and family.

He is survived by his wife Carol, daughter and son-in-law Jan and Robert Godfrey, as well as grandsons Danny and Chris Williams all of Boise.

Merv was preceded in death by his parents, a brother, Gene Ellsworth, and a son Lynn Williams.