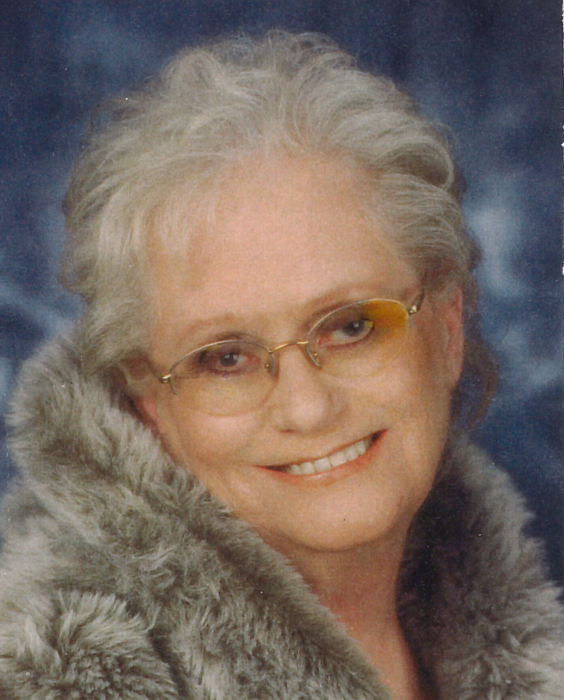 Maxine was born to Teresa and Floyd Byrd, the youngest of 3 daughters, on June 2ih, 1940. Weighing just 5 pounds she was kept in a shoe box near the oven to keep her warm. Although small she thrived much to her doctor’s surprise.

After a move to California, her family eventually settled in Nyssa, Oregon where she was primarily raised. Maxine learned a strong work ethic at a young age, as her father passed when she was a young child, leaving her mother with 3 school aged daughters to support. She told of working in the fields weeding and harvesting vegetables, and picking fruit. It was also during her grade school years that she met Beverly Kreymeyer, thus beginning a 70 plus year friendship, and in the later years they enjoyed catching up through their phone calls. When she was about 12 years old she gained Rex Anderson as her stepfather, and lovingly told of fond memories with him, learning to dance, and working in the restaurant business alongside her folks.

In June of 1959, she told a little white lie and skipped town to go see her boyfriend William (Bill) Blair. They were married on June 11, 1959. Due to his line of work they traveled, moving frequently.

Daughter Tammy soon joined the family in June of 1960, followed by Deborah (Debbie) in 1961. Unfortunately the marriage ended in 1964. Working in the restaurant business, she wanted more and enrolled at Link’s School of business earning a Bookkeeping degree. Daughter Colleen was born in 1967, and was lovingly raised by the Millet family in Grandview, Id.

While working at the original Grant’s Truck Stop she met Gordon Musgrave. In September of 1968, they were married and she welcomed his children Debra, Perry, and Scott into the family. And thus began the “truck driver wife” and “CB” chapter of her life. Sometime about 1973 the “Blonde Bomber” was born!! She LOVED this new hobby in her life, being able to talk to the truckers going down the highway, directing them to their destinations (before GPS) and meeting many for coffee. It was during this time she met some wonderful friends, Snicklefritz, Firebird., and Potty Mouth to name a few.

As a family along with her sister l\lona, she loved taking her kids to Lucky Peak to swim and picnic, going camping (in a tent) and hunting, eventually purchasing her own gun. There were many fun times fishing at Sagehen with her folks and sister and her family, camping in some rustic cabins at Boulder Creek (near Riggins) chasing porcupines from the outhouses in the early mornings, and hunting on Packer John’s Mountain. Family gatherings and games of pinochle with lots of laughs, music and dancing usually followed as well as one or two, too many cocktails. She loved to “jitterbug” and she and Gordon won a dance contest or two doing so.

In 1976 with the birth of her 1s t grandchild, she found that just when she thought her heart was full… there was plenty of room for more love to fill it. With the addition of each grandchild, the “grandma’s brag book” got fuller and fuller! She loved her grandkids more than life itself. .. doting on and spoiling each one! At some point in their lives, and for various reasons, Mike, Sherele, Ben, Travis, and Kristie all lived with their grandma. She lovingly gave them a home, and let them get away with things her own kids never would have dreamed of,, often making her daughters wonder if she was the same mom that raised them! She had such a big heart she accepted her grandkids friends as her grandchildren also, insisting that they call her “grandma” which they lovingly did and do!

In the late fall of 1981, she began what would be a 20 year relationship with William (Bill) Anderson. Never marrying, she referred to him as her soul mate, and loved his daughters Marta and Dawn. He in turn loved her kids and grandkids as his own. Spending years on the truck with him seeing the states up close and 1s t hand was the thrill of a lifetime for her. With each passing mile, and each new found beauty there were countless pictures taken and tales to be told when they returned home.

Becoming a Great Grandmother in 2000, filled her heart with even more pride! The brag book was REALLY full now. Her greatest disappointment in life was not being able to physically see her Great grandchildren grow… oh how she wanted to peer into their eyes, and see their faces…

With the untimely death of her soul mate in 2002, Maxine soon began a new journey. Due to an issue with her eyesight, in a short time she retired from the Idaho State Tax Commission. She was soon driving to Stanley, Id. Assisting Debbie at Mountain Village Lodge, where she fell in love with the Sawtooth Mountains. Making the drive, seeing the wildlife up close, learning to drive a snowmobile, grinning from ear to ear as she would pass her family watching horseback riding and just being in the fresh air filled her soul with happiness.

In 2013 being reunited with Colleen brought a peace to her that had been missing. She felt relief knowing she had been raised lovingly, and was now married to a loving man. Although miles separated them, it didn’t stop them from meeting and getting to know each other, as Colleen was able to visit her.

With a serious back injury and more failing eyesight, several years ago I moved in to care for mom. There were many billions of tears shed by both over the years. They weren’t always good days, but we made the best of them. I wasn’t always the best nurse, as she was at times a very stubborn patient. Not finishing dinner but having room for dessert became the normal for an argument .. .I finally gave up!! The trials and tribulations we faced together were exhausting, but like I’ve said a million times, I only did what God gave me to do, and I would do it all over again in a heartbeat! Mom, I hope you know how much I love and miss you… Fly high mom….You’re MY HERO!! I Love You Mom, Tammy

Mom, not only did you love me and my siblings and raise us as your own, you were above all my friend. I Love You Mom, Scott