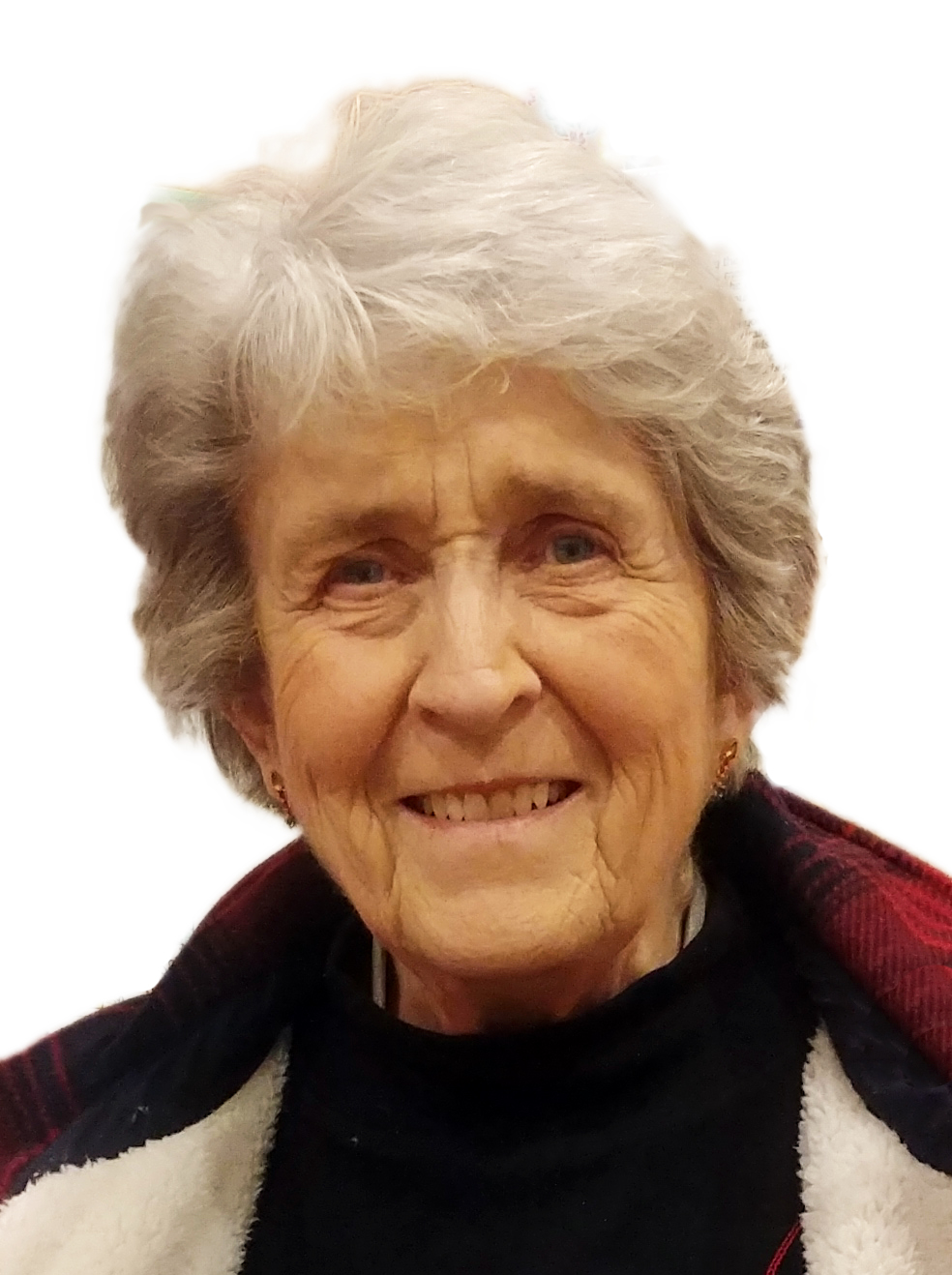 ­Our mom, Maryana S. (Peters) Jones, left us in the early morning of May 30, at the age of 87. We are grateful that she was able to be in the home she loved with her sweet pup and that we were able to be there with her.

Mom was born in the small farming community of Letcher, South Dakota, on March 13, 1934, to parents Helen E. (Cashman) and Theodore Peters. Graduating from high school in 1952, she worked in a record store in nearby Mitchell and attended Northern State Teachers College in Aberdeen, South Dakota. Deciding teaching was not for her, she moved to Rapid City where she graduated from the National College of Business in 1954 and then worked at an insurance agency in Mitchell.

Out with friends one night at a VFW dance in Mitchell in the summer of 1956, she caught the eye of a “tall, dark, and handsome” young man, Richard “Dick” Jones, fresh out of the army, who, she said, fell in love with her perfectly straight teeth. He could dance; she could not, but he was taken with her, nevertheless, and after that night, they were rarely apart. They were married in Letcher in December of that year, and thus began an adventure that would, in 1960, lead them out of the flatlands of South Dakota to the little mountain valley in Idaho where they would build a great life.

Mom was a homemaker while Dad taught history at Wood River High School in Hailey for two years before moving our family to North Idaho for three years while Dad obtained his master’s degree in school administration from the University of Idaho. In 1965, we returned to Hailey after our dad was hired as the principal of Wood River High School, and Mom became the very first school secretary in the Blaine County School District. Together, “Mr. and Mrs. Jones” would define an era at the school and in the valley. Classroom teaching may not have been for her but being the school “mom” for over 27 years was definitely her calling. Most of the school kids likely didn’t realize that Mom had a first name, as anyone and everyone who had gone through WRHS from 1965 to 1991 knew her as simply “Mrs. Jones.”

During their time in the Wood River Valley, Mom and Dad took full advantage of all the outdoors had to offer. She learned how to chop wood, wield a chainsaw, and ride motorcycles and snowmobiles. She planned camping trips to Redfish and Alturas Lakes, fried fresh fish, helped Dad make deer and elk burger, and hunted with him at times. She even joined us in ski lessons at Rotarun west of Hailey one year but decided against it when Dad teased that she had more snow on her hat than there was on the ground.

Mom was an excellent cook and made fresh bread each week. She was known for her rhubarb crunch, made from her own large patch in the back yard and for her banana bread she baked using our grandmother’s favorite recipe. She led Randy’s Boy Scout troop, taught Kim how to embroider and sew, and was Dad’s partner in everything they did. Mom and Dad came to all our sports events and fervently supported the Wolverines, both wearing their green and white proudly.

After our dad’s untimely death in 1984 from a heart attack at just 50 years old, Mom stayed on at the school until November of 1991, when she decided it was time to get out of the snow and into retirement. She moved to Boise and began to build a new life, the center of which became volunteering with the American Red Cross. She worked at area blood draws, registering and organizing “canteen” for the donors and was honored as the Volunteer of the Year several times during her tenure with the organization.

In addition to her volunteer work, Mom loved participating in charity walks and going to lunch with friends, attending water aerobics, working in her flowerbeds, collecting all kinds of sweatshirts and crazy socks, visiting with her neighbors, and walking whichever beloved dog was part of her home at the time. She participated in a neighborhood TNR (trap, neuter, release) program for the feral cats and supported animal welfare organizations both locally and nationally.

A hip break in August of 2019 created a high hill for her to climb, yet she was able to return home and live independently until March 27 of this year when she suffered a bleed in her brain. Still, in her home was where she wanted to be and where she returned for her final weeks.

She is survived by her kids, son Randy Jones and his wife Karin, of Orangevale, CA, and daughter Kim Jones and her husband John Rollins of Boise, her brother Frank Peters of Coralville, IA, several nieces and nephews, a special cousin, Roger Cashman, her step-grandkids Shelby Rollins and Jessica Widmer and their families, her granddogs Rocky and Demory, and her beloved dog Teddy, who was named after her father.

We’d like to thank Keystone Hospice, especially Garey and Jenn, HomeWatch Home Caregivers, Marcella, Victoria, Kitti, Nahid, and Sylvia, Marcy from Grannie on the Move, and Mom’s incredible neighbors and friends, as well as our friends and work families who allowed us time to be with Mom during this difficult journey.

In lieu of flowers, we ask that you make a donation to your favorite animal shelter or rescue organization.

A private interment will take place at Dry Creek Cemetery in NW Boise.  A celebration of life is being planned, probably in September when the weather cools, and will be announced once a date is set.