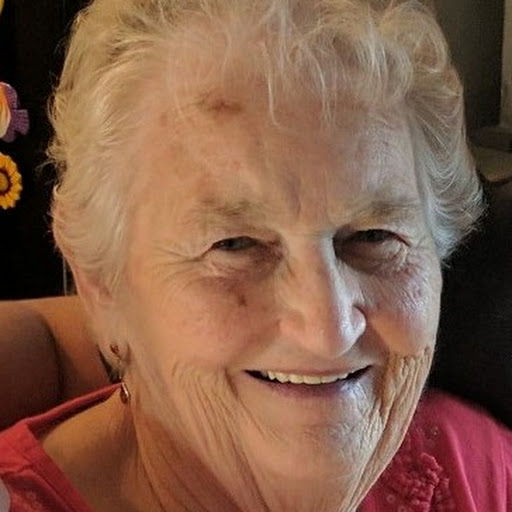 Early Sunday morning, June 23rd, 2019, Mary Lucille Anderson, age 84, passed away peacefully, in Meridian, Idaho, surrounded by family and friends.  Born July 16, 1934, in Preston, Idaho to parents Othello T. Hansen and Margaret H. Pratt. Mary Lu, as she was known by her friends and family, grew up in various locations in

Southeastern Idaho, eventually residing primarily in Boise, Idaho. Mary Lu graduated from Boise High School in 1952. She pursued a bachelor’s degree in botany with a minor in zoology through Boise Junior College until 1954 and finishing at Utah State University in 1956. Summers were spent working at Yellowstone National Park. This, along with her experiences in education explains her love and devotion to nature, gardening, fishing, and mushrooms. After graduating from Utah State, Mary Lu took up a teaching job in St. George, Utah. After one long school year, Mary Lu decided this was not for her and moved to Salt Lake City, Utah to enroll at the LDS Business College. While in Salt Lake City, Mary Lu met her husband, Leslie Marvin Anderson. After a short period of time they were married in January of 1958, in Elko, NV. They had 4 children. While residing in Salt Lake City, Mary Lu and Les welcomed Scott and Sharon. The family then moved to Boise and had David and moved again to Idaho Falls where Christopher was born. Eventually settling down in the Twin Falls area.

Mary Lu worked for Albertsons General Offices, in Boise. When the family moved, Mary Lu worked for various CPA firms in Idaho Falls and Twin Falls. In 1969, Les passed away, and Mary Lu, now widowed, returned to the Boise area to be closer to family, working for the Idaho State Tax Commision and the VA Medical Center, retiring in 1996.

Mary Lu was a very busy lady. She volunteered for many organizations and made many friends along the way. While in Idaho Falls, Mary Lu was the president of the local chapter of Jaycee’s, a civic organization. She served as president and treasurer of the Southern Idaho Mycological Assocation (Mushroom Club). She spent many years volunteering at the Morrison Center of Idaho. She was a member of the Red Hat Society. As well as volunteering at the Discovery Center of Idaho, various visitor centers throughout the Boise area, and the Boise Senior Center as the travel coordinator. She had a special love for travel. She visited many places throughout the world including but not limited to; Australia, Indonesia, Papua New Guinea, Mexico, Europe and the UK, New Zealand, Russia, and throughout the USA.

Mary Lu is survived by her daughter, Sharon and her husband, Glen Smith of Boise, Idaho; her son, Christopher and his wife Rose Anderson of New Castle, Colorado; and her sister Carol Jean Blake of Ogden, Utah; her grandchildren, Nick and Heather Smith of Herriman, Utah; Garrett and Melissa Smith of Meridian, Idaho; Christopher Anderson II, David Anderson, and Jason Porter of Colorado. She is also survived by her great grandchildren — Braiden and Brenna Smith of Herriman, Utah; Samuel, Ava Gene, and Ella Mae Smith of Meridian, Idaho; and Xavier and Tedaza Porter of Colorado. She is also survived by her step-grandchildren — Joel and Lecia Gates of Australia. Lastly, she is survived by her loyal friend, Boots, the one-eyed Chihuahua. Mary Lu was preceded in death by her Husband, Leslie Marvin Anderson; her sons, Scott L. and Larry David Anderson; and her half-brother Dale Andersen.

Grandma Grape, as she was affectionately known by her great grandchildren, was full of life, stories and opinions. She loved to spend time with her family and share the experiences of her travel and adventures. She was an amazing mother, sister, grandmother, friend, teacher, and mentor. She affected many people throughout her life and brought an unprecedented joy to those she met. She had a beautiful smile and an amazing fortitude. Her spirit is unlike any other. She will be missed by many people.