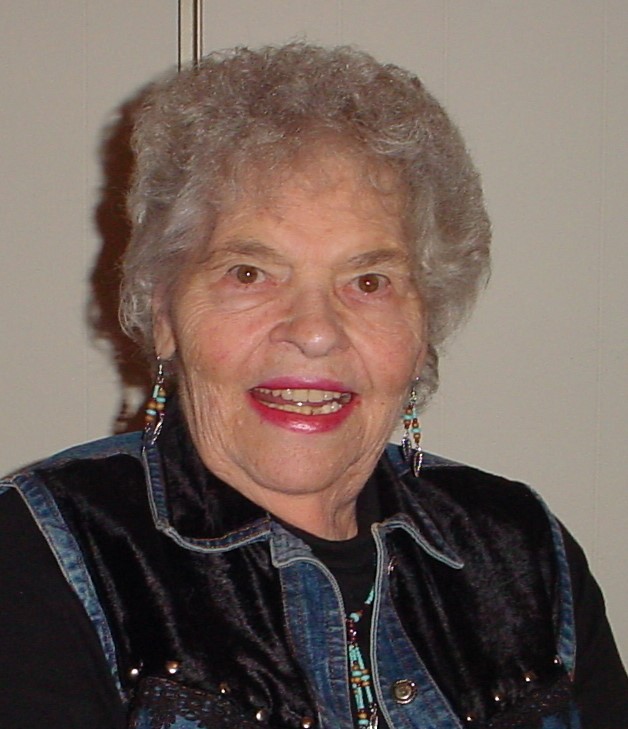 Mary Lou (Louise) Norman, born on August 28, 1929, in Hardin Montana, moved to heaven on December 12, 2021.   She was the daughter of Mike and Alma Jurak.  She always wanted it to be said that her father came to the United States from Czechoslovakia. She had one brother, Michael Jurak, and a sister, Paulette Chessmore.   She had two daughters from her first marriage: Linda Louise Milmine, and Victoria Anne Milmine, and two sons from her second marriage: Newton Leonard (Len), Norman III., and Michael Paul Norman.  All together they had eleven grandchildren: Troy, Valerie, Steven, Jeremy, John (JJ), Lindy, Amber, Jacob, Joshua, Anthony, and Shane, as well as, sixteen great grandchildren, and several nieces and nephews she loved very much.

Mary Lou’s first marriage to Donald Milmine tragically ended from a farming accident and she moved back to Hardin Montana to work and raise her two daughters. While in Hardin she learned nursing skills at the local hospital and worked at a grocery store.  She later crossed paths with a man who came up from Texas to work a summer job to earn money to go to college.  Newton Leonard Norman Jr. was his name and within a few short months she knew he was the love of her life.  “Newt” said he fell in love with her two daughters before he fell deeply in love with her, and he knew they were going to be HIS daughters from then on.  Newt and Mary Lou were married on August 21, 1956, and for 65 years they have not left each other’s side.   Their marriage had been an example of a marriage made in heaven and a true testament of God’s love on earth.

Newt and Mary Lou raised their family together moving to Texas, California, Alabama, and Idaho. While Newt worked as a Nuclear Engineer, Mary Lou left her nursing career and began a very successful career as a business woman. She became a corporate owner selling Shaklee products, she owned a grocery store, a computer store, and owned LeBaron’s Restaurant in Idaho Falls, Idaho.  She was always looking for the next great adventure or opportunity to do something new.

While living in Idaho Falls, Newt and Mary Lou rededicated their lives to the Lord. God and the church became the main purpose for their lives together. For 40+ years they have been wonderful examples of love and dedication to their family and friends. Mary Lou loved playing the piano, organ, and singing in their local church.  Together they started a satellite ministry which helped spread God’s word to the community, as well as, offered a two year Bible College of which they were both hosts and students; earning a Certificate in Leadership and Bible Education. For the past few years they have been members of Faith Community Bible Church in Boise, Idaho.

Mary Lou enjoyed the outdoors, fishing, camping, and sitting outside on a rocker visiting with family and friends, and playing solitaire.  Her absolute favorite things to do were laughing, loving, and hugging anyone and everyone.  Everywhere she went she would ask total strangers if she could give them a hug.  Her love for others was so precious and infectious.  Her laugh was equally infectious.  When she started to laugh about something she could get even the most somber person doing a belly laugh within minutes.  Newt coined a phrase, “To Know Mary Lou Is To Love Her,” and everyone who knew her agreed and knew this to be true.

Mary Lou will be missed beyond words, yet her loving spirit and laughter will be forever heard and felt.  God kept this precious woman, wife, mother, and grandmother here on earth long enough to make a huge difference in everyone she met, and God definitely used her life to spread His love to all.