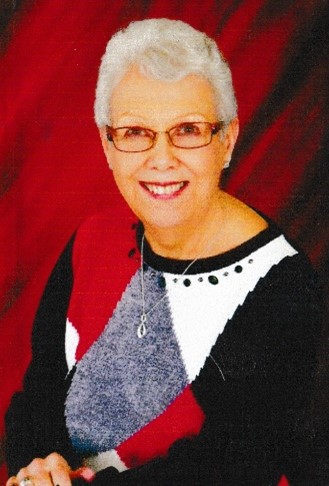 Mary Jane Lott passed away peacefully after an extended battle with Alzheimer’s on Saturday June 26th, 2021 at Spring Creek Memory Care in Boise Idaho, at the age of 79.  Mary was born on May 4th, 1942 at the Holy Cross Hospital in Salt Lake City Utah.  After a 10 day stay in the hospital her mom and dad were anxious to bring home their bright eyed, dark haired little girl to meet her older brother and sister.  Over the next few years the family would move several times within the Salt Lake Valley ending up in Granger Utah.

Mary was baptized a member of the Church of Jesus Christ of Latter-Day Saints on May 6th, 1950 at the age of 8.  She loved attending Primary and MIA (Mutual) activities in her youth.  She particularly loved to play volleyball with the young women in her ward and attend Stake dances.

In June 1960 Mary graduated from Granger High School as a part of the second graduating class of what was then a brand-new school.  After Graduation Mary attended Beauty College and went on to work for 11 years at her Aunt Darlyne’s beauty shop.  The skills she learned as a beautician would serve her family and friends well for years to come as she was always quick to donate her time to anyone in need of a trim.  In fact, as Alzheimer’s slowly took its toll, this was one of the skills that remained with her the longest.

On April 10th, 1971 Mary married Lee Lott.  At this time Lee was working at U&I Sugar in Moses Lake Washington, so Mary packed her things and left for an adventure in Washington State with Lee, and his two young children Evan and Krista.  Mary’s adventure quickly escalated as she became pregnant with her first child Phillip Trent who was born 10 months after their wedding, and their beautiful baby girl Stephine Lee born 18 months following that.  Mary was a fierce advocate for her children and spared no effort to afford them opportunities.  Whether it was coaching a T-Ball team, sitting on the board of a pre-school, learning Piano, or attending countless hours of lessons, sporting events, cub scouts, and dance, she was always willing.

The family moved several times for Lee’s work, taking them back to Salt Lake City for a short time, then to Toppenish Washington, Goldendale Washington, and finally Hermiston Oregon where they raised their family and lived for 33 years.  Mary and Lee moved to Boise in 2017 to be closer to family, but Hermiston will always be their home.

Mary’s love for volunteer work extended into many areas of her life.  She served in multiple callings within her church, her favorite being those where she could be with children.  Even after the ravages of Alzheimer’s stripped her of many of her memories her face would light up at the sight of a baby.

Mary and Lee celebrated their 50th wedding anniversary in April of this year, leaving her family a sweet memory.

The family would like to thank the excellent staff at Spring Creek Memory Care for the loving care and friendship they rendered to Mary as she bore the challenges associated with this disease.

A funeral services will be held on Tuesday July 6, 2021 at 11:00 am with a visitation held one hour prior to the service at The Church of Jesus Christ of Latter-day Saints, Five Mile building located at 6032 N Five Mile Road, Boise ID 83713.

A funeral services will be held on Tuesday July 6, 2021 at 11:00 am with a visitation held one hour prior to the service at The Church of Jesus Christ of Latter-day Saints, Five Mile building located at 6032 N Five Mile Road, Boise ID 83713.