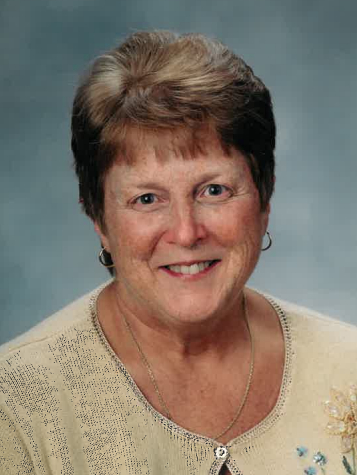 Carolyn, as many knew her, was born in Rock Springs, Wyoming and the third of four children of George and Ellis Sabo.

The Sabo family arrived in the Boise area in 1944 where she grew her roots. During her youth, Carolyn attended Saint Mary’s Grade School and graduated from Saint Teresa’s Academy in 1962. In 1965 Carolyn graduated from Holy Cross School of Nursing in Salt Lake City, Utah and returned home to Boise, Idaho, to begin her career.

Carolyn first worked at St. Alphonsus Hospital as nurse where she met her husband, Harold Lyons (later divorced) and father to her three children: Michael, Heather, and Stephen. Soon after she became the Principal Officer of the Lewis and Clark Region of the American Red Cross Blood Services.  In her early years at the American Red Cross, she earned her Bachelor of Science in Healthcare Administration from St Joseph’s College in North Windham, Maine (1984).

Every day brought new challenges not only at work but also in her personal life. She had three wonderful children that she was raising on her own, making sacrifices as all “moms” do.  Instilling a strong work ethic, she would roused the troops at four a.m. for paper routes come rain, snow, or shine. She was also a fixture and her children’s soccer games,  also dedicating her spare time and talents to countless church meetings and school fundraisers.

Carolyn later revived her nursing skills in the 90’s and found her niche in teaching CNA courses affiliated with College of Western Idaho to new hires at LifeCare Centers of Treasure Valley. She assisted many students in their ventures setting up additional training sessions to tutor students with language barriers.  Carolyn was constantly being recommended for various leadership awards. She was a stellar example of training, educating, counseling, consoling, and supporting associates, residents, family members and friends.

When she was not teaching or caring for students and residents of LifeCare, she tended to her garden and spoiling her seven grandchildren. She had a “green thumb” planting a rose garden for the residents to enjoy at the LifeCare facility . During the holidays, Carolyn would brighten the garden with twinkling lights of Christmas, her favorite holiday.

Carolyn was an optimist and joyful but also a very proud woman that was self-relent to get things done and had done so for many years.

Carolyn is survived by her three children and seven grandchildren. She was preceded in death by both parents, two brothers, a sister and one grandchild.

Due to current restrictions St. Mary’s will be live streaming the Mass service on Facebook for those who are unable to attend in person. Please visit stmarysboise.org and click on the live stream link.  Please contact Steve Lyons (208-866-3468) for more information.

In lieu of flowers or gifts, please send donations to the Idaho Botanical Gardens or LifeCare Center of Treasure Valley, Boise, Idaho.

Due to current restrictions St. Mary’s will be live streaming the Mass service on Facebook for those who are unable to attend in person. Please visit stmarysboise.org and click on the live stream link.  Please contact Steve Lyons (208-866-3468) for more information.