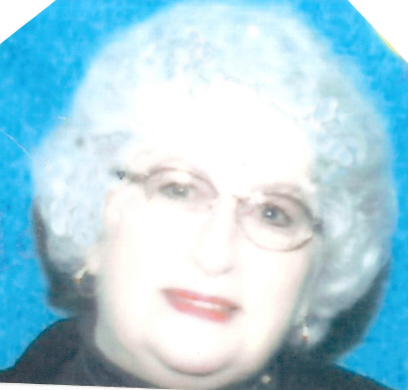 Mary Anna Smith, age 86, passed away peacefully at home in Boise Idaho on Friday December 3rd. Born 20 February 1935 in Riverside, California, only child of Mary B. and Stephen Kaplan.

Mary Anna was raised and educated in the Sacramento, California area. She enjoyed a long career beginning with Dow Chemical Company and Aerojet-General Corporation and ending with retirement from US Army Corps of Engineers, Sacramento, in 1984. She advanced quickly and received numerous performance awards throughout her career.

Mary Anna studied classical piano from childhood to teen years so successfully, she was offered advanced training in San Francisco. She studied dance and lettered in A cappella Choir.

Her beloved Mother, Mary Belle, taught her to appreciate ballet, art, opera, reading, nature and travel at an early age, and began her life-long love of animals with the gift of a kitten.

Mary Anna married the love of her life, Ralph, on 17 June 1956, in Carmel, California’s Church of the Wayfarer.  Ralph’s career in the Air Force took them all over the United States, the Philippines, and Germany, where they visited France, The Netherlands, Belgium, Switzerland and Luxembourg.

Mary Anna brought two sons, Michael S. and David A. from a prior marriage to this union, and Ralph gladly adopted and raised them as his own.  Son, James A., born in l957, and daughter, Cynthia Ann, born in l958, died at birth, a devastating loss.

After Ralph’s retirement from the Air Force and International-Harvester, they moved to Boise in 1990, bringing their grandson, Jason, with them. The following 9 years were spent doing their favorite things and enjoying each other.

After Ralph’s sudden illness and death from cancer in September 1999, Mary Anna turned to the Second Baptist Church family, her many dear friends, and grandson, Jason, and granddaughter, NaTosha, to sustain her through the remaining years. Her faith and offbeat sense of humor saw her through numerous surgeries and years of pain.

Mary Anna and Ralph’s grandchildren, including grandson Jason, his wife Rhiannon, great-grandsons Oliver and Wylie, and granddaughter NaTosha, were the center of her world, and brought her unending pride and joy.

In Lieu of flowers, the family requests donations be made to Simply Cat’s in Boise. (simplycats.org) Animal rescue was something Mary Anna was very passionate about.