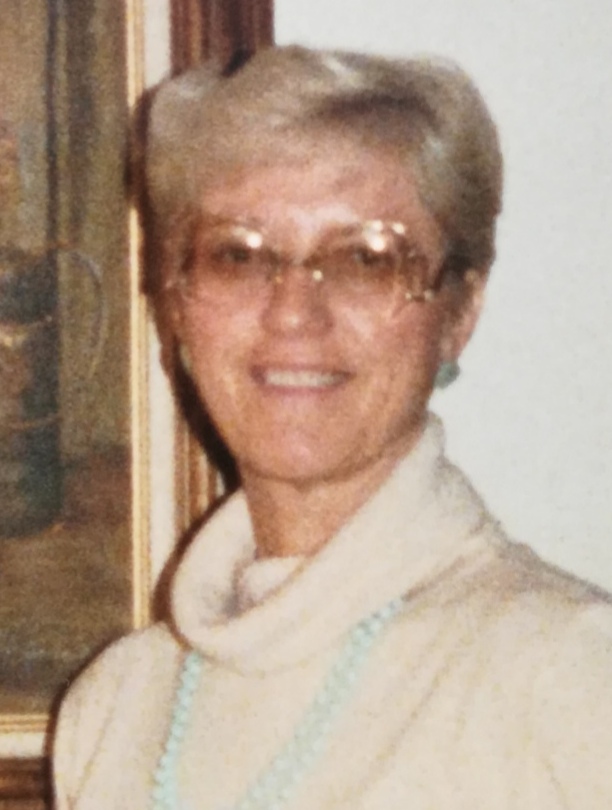 Marlene was Born on September 4th, 1941 in Emmett, Idaho to Ralph & Kathryn Vanderdasson (both deceased).

Marlene attended school in the Emmett Valley and she used to tell stories about how beautiful the orchards where to watch in the springtime. Her family moved to Hines, Oregon, where her dad worked as an electrician at the Mill and Marlene attended middle school and graduated from Burns High School.

Marlene started delivering papers seven days a week for The Oregonian News where her mother Kathryn was the Circulation Manager. This instilled a strong work ethic that stayed with her rest of her life.

Marlene met Rudy Lobato in 1960 (stationed at Burns Airforce Station) and they fell in love, eloped and were married for the last 60 years. They bought their first house in Hines, Oregon, called the old “Weller Place” and remodeled the house with new windows, paint and flooring.

Rudy and Marlene attended the Church of Christ and they hosted backyard barbeque get togethers on the weekends.

In 1965 Rudy was stationed overseas and Marlene and the kids moved to Idaho to be near her family.

When Rudy returned to the states in 1967, the family moved to Ogden Utah where he was stationed at Hill Airforce Base, where they lived for 3 years. Home improvement continued in Ogden where they painted and updated their next home. Marlene painted their bathroom “Pepto Pink” and it stayed that way until they moved. They attended Church of Christ in Clearfield Utah where we made many friends and continued barbeques and get togethers.

During this time Marlene worked the graveyard shift at “Booth Packing” to help supplement the family income. Marlene talked her dad, Ralph Vanderdasson into loaning them money to buy a café in downtown Ogden, called “Wee Willies”.  She ran the restaurant where she worked as Cook, Waitress, and Clean-up crew.  Saturday Morning Breakfast at the cafe was always a treat because the kids got to sit up at the counter and watch Mom cook our breakfast and Dad take our orders. They sold Wee Willies café and Marlene started her In-Home Pizza Delivery service and turned the kitchen into a thriving enterprise. Us children loaded our wagons with boxes of Pizzas and made the rounds delivering pizzas door-to-door, and word of mouth quickly spread of the amazing “take and bake” pizzas and she was overwhelmed with orders.

Rudy started Reserve Duty at Mountain Home Airforce Base 1971, and the family moved to Boise, Idaho, where he began working for the US Post Office. They attended Eldorado Church of Christ in Boise Idaho, where they made many more friends and enjoyed the fellowship. Marlene worked as the Head Camp Cook at Camp Ivydale to make sure each of their kids could attend camp every year. Her food drew much acclaim and attracted many visitors during weeks she cooked at camp.  There were many good memories at Camp Ivydale.

Marlene worked as a Waitress, at Kings Drug Store, and at a Book Bindery until they move to Meridian, Idaho, in 1974 where she began working for the School District managing the School Lunch Program.

It was in 1978 when Marlene was baptized in the Holy Spirit at a church meeting at Central Assembly Christian Life Center Boise, Idaho, when Pastor Roland H Buck prayed for her, and after that began attending church at Central Assembly. Of course, Marlene cooked at the Annual Spaghetti Feed and made her Cinnamon Rolls for Fund Raisers and Bake Sales and word quickly spread keeping Mom busy, busy, busy.

Marlene started working for Hewlett-Packard in Boise in 1983 and the family moved Eagle, Idaho. Their new home featured an in-ground swimming pool with plenty of room to entertain family and friends, which was nearly every weekend.  Marlene and Rudy adopted two daughters from Korea, Marcy and Melissa and accepted them into the family with open arms.

Marlene loved Garage Sales and friends & family would call asking her to find trinkets and treasures. She was always happy to “go on another treasure hunt”.

The house was always full of dogs because Marlene also raised Cocker Spaniels and Miniature Schnauzers and it became a family effort. Many times, she would take in unwanted dogs that were ready to give birth and us children would end up selling puppies outside of Kings Drug Store.

Rudy and Marlene moved into a retirement community in Garden City In 1990 where Marlene began “Crafting”. In 1995 their son Shane built them a home in Boise Idaho, where she lived until her death.

Throughout her life, Marlene maintained a profound belief in our Lord Jesus Christ and frequently witnessed to everyone she met.

Marlene was diagnosed with Low Blood Sugar in 1968 which slowly progressed into Diabetes II affecting her health and general well-being. We know she’s been reunited with family and loved ones in Heaven where she is having the time of her life!

Preceded in Death by:

Please join us in the celebration of the life of Marlene Lobato.

Please join us in the celebration of the life of Marlene Lobato.

Viewing at Bowmans from before the ceremony from 2:00 to 2:45pm and also at 4pm following the ceremony.

There will be a graveside service at Veterans Cemetery on September 13th from 12:00 to 1:00 pm. Family members are welcome to attend.