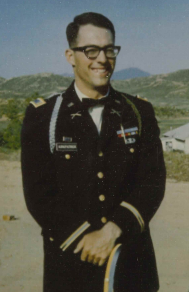 Mark Kirkpatrick, 76, of Meridian, husband, father, and grandfather, died unexpectedly of a massive heart attack at his home early on Thursday, morning, December 30, 2021.

Mark, the son of Meredith Kirkpatrick and Martha Brownlee Kirkpatrick was born on January 20. 1945 in Hutchinson, Kansas. His father was a farmer and rancher. Mark was the youngest of four children. Mark’s parents divorced when Mark was 10 and he, his sister, and mother then moved to Lawrence, Kansas where his mother received her master’s degree in Speech Pathology. They then moved to Prairie Village, Kansas, a suburb of Kansas City, where Mark graduated from Shawnee Mission East High School. Mark played defensive end for the SME football team and was elected captain of the team and president of the Lettermans’ Club his senior year. He then attended and graduated from the University of Kansas in 1968 with a degree in Psychology. Mark was elected Senior Honor Man in his fraternity, Phi Gamma Delta. He remained friends with many of his Fiji fraternity brothers throughout his life. Mark is a proud Jayhawk and two of his daughters and wife are also KU graduates. Mark later earned an MBA at Pepperdine University when he was working in Los Angeles.

Following graduation,Mark enlisted in the U.S. Army and went through Officers’ Candidates School at Fort Bennington, Georgia where he became an Airborne Second Lieutenant. After his training at Fort Bennington, Mark married the love of his life, Ann Linton, of Prairie Village, Kansas to whom he was married for 52 years until his death. They met on a blind date set up by mutual friends.

Since Mark graduated from OCS during the Vietnam War, it was assumed he would be going to Vietnam but, for some reason, he was ordered to South Korea where he served for 13 months in a battalion that was stationed at the Demilitarized Zone, DMZ. Mark spent much of that first, freezing winter in a bunker on the DMZ. “I grew up in Kansas, so I thought I knew cold, but Korean cold was like nothing I’d ever felt,” Mark later reported.

Mark counted some of his fellow officers from his Korean service as lifelong friends who continued to correspond with one another throughout the years.

Mark spent his entire career working in management in the transportation industry where he worked for Kansas City-based Yellow Freight for 24 years and Federal Express Corporation in Memphis for eleven years. He said his three years in the Army as an officer prepared him for his work in labor negotiations. Ann and Mark and their three daughters lived in a number of cities throughout his career including: Los Angeles, at two different times; Bakersfield, California; Modesto, California; Kansas City; South Bend, Indiana; and finally, Memphis, Tennessee. At retirement, Mark and Ann moved to the Boise area in 2010 where their oldest daughter, Wendy, lived with her family.

Mark is survived by his wife, Ann; daughters: Wendy ( Shrief) Shrief, Boise; Sarah (Ignacio) Avina, Turlock, California; and Katy (Maria) Kirkpatrick, Burbank, California. His grandchildren include: Olivia Avina; Rana Shrief; and Soliman Shrief. Other family surviving him are his sister, Eleanor (Lee) Weltmer, Lake St. Louis, MO and their sons, John and Michael and his sister Judy Luginsland, Emporia, Kansas and her daughter, Jennifer. He was pre-deceased by his parents and his sister, Jean Shively. Mark was a linchpin of his family and he was loved and is missed, especially by his beloved rescur Corgi, Lily.

A memorial service at the Idaho State Veterans Cemetery in Boise will be held at a later date.

A memorial service at the Idaho State Veterans Cemetery in Boise will be held at a later date.