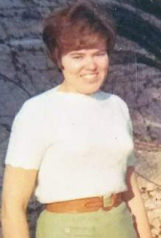 August 17th 2021 Marion passed away peacefully in her home with her daughter Jennifer by her side.

Marion, was born in Wishaw Scotland to Jean Green on October 13th 1943 and then raised by her aunt and uncle Marion and John Campbell in Carlos Scotland. She then went to school to become a midwife in Helensburgh England where she worked Braeholm Maternity Hospital for a number of years. She left that job to become a nanny to the late King Frederick of Egypt and his wife former Queen Farida at their home in Italy for two years.

In 1947 Marion came to America for vacation and fell in love at first sight to Paul White, less than 2 weeks later they eloped in Reno Nevada on January 10th 1947. Their love was ever growing  They had three children Samantha, Jennifer and Paul W. White, eight grandchildren and two great-grandchildren.

Marion was a strong woman and a devoted wife who loved her children and spoiled her grandchildren rotten. She was a humanitarian that loved animals she would go as far as saving little spiders by catching them and safely putting them out side.  She was a caring soul and the world will be a little less bright without her she will be deeply missed.

She is survived by her three children, Samantha, Jennifer and Paul (Shauna) White; eight grandchildren and two great-grandchildren.

Marion was preceded in her death by her loving husband of 46 years Paul White and 1 grandchild.

The family would like to think Kassie Justus, Carrie Wilson and Keystone hospice for their caring support of Marion.