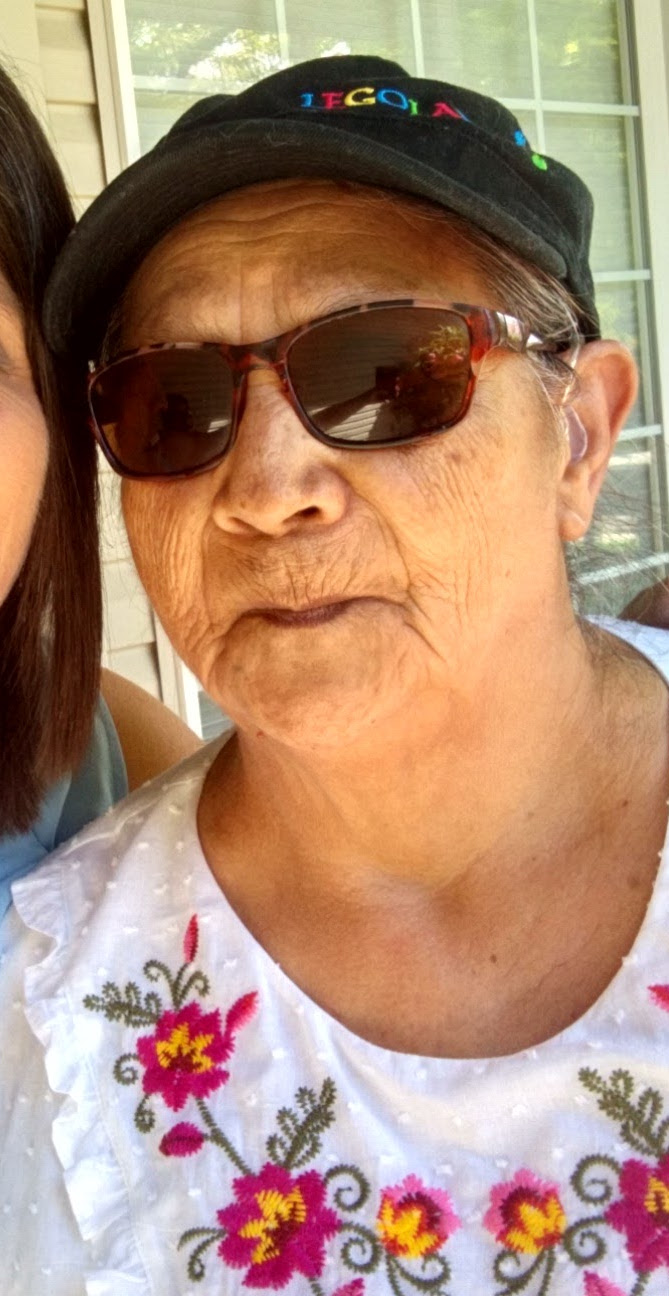 She enjoyed many hobbies throughout her life, a few of those included, spending time with family and friends but also making memories with her grandchildren. She enjoyed crocheting and knitting plus tending to her flowers and plants. Maria had a passion for food and enjoyed cooking, so she always made sure to have something on hand in case you just dropped by. As time went on those interests became more and more difficult for her but she did, until she could no longer.

She also had a love for God so attending church and socializing allowed her to express herself in her belief. However, it became harder and harder to be present as she would have liked so listening to music brought her much happiness.

“Maria, mom, gram; you were strong and independent, and were loved by many! You will be missed but never forgotten”.

She is survived by her daughter, Blanca, grandchildren, David, Amanda and Ethan and three siblings. She is proceeded in death by her husband, David, mother, Anatalia, father, Lucio and her brother Thomas.

A viewing will be held on Saturday, February 6, 2021 at 11:00 am at the Iglesia Pentecostal “Rosa de Saron” Church at 301 1st Street North in Nampa, Idaho, with a service to follow.

A viewing will be held on Saturday, February 6, 2021 at 11:00 am at the Iglesia Pentecostal “Rosa de Saron” Church at 301 1st Street North in Nampa, Idaho, with a service to follow.