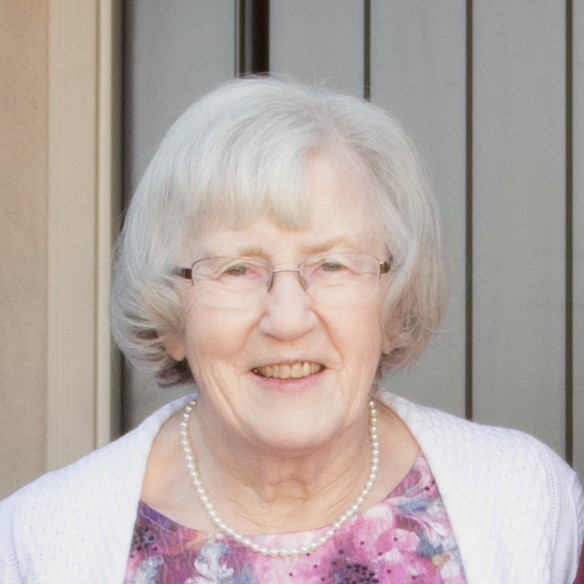 Marian was born in Manhattan, New York to immigrant parents on October 23, 1936. Her father Robert Gardiner was from Glasgow, Scotland and her mother Marjorie Duggan was from Meenacladdy, Ireland.  Robert and Marjorie had 4 daughters, Elizabeth (Betty), Marjorie (Marge) Marian and Esther.  The Gardiner sisters were orphaned young when Marjorie passed away in 1941 and Robert in 1944.  It would be 25 years before all four sisters would be together again.   Marian always longed to have a picture of her mother.  Years of searching finally paid off and not only did she obtain pictures, she traveled to NYC and Ireland to meet many of her “lovely” Irish relatives.

Marian and sister Marge grew up in Brooklyn, New York in foster care. Her love of books and libraries began in High School, where she was a library aide.  In 1954 Marian graduated from Erasmus Hall High School.  After high school she began a career of book keeping and administrative work at the New York Telephone Co, and New York Life Insurance.

Her love story with her beloved Donald began when her sister Marge’s boyfriend Ken suggested she write to his brother who was stationed at Fort Sill Oklahoma, as a PFC in the US Army.  Once Donald returned home to Brooklyn, NY he met Marian at a New York Life Insurance company dinner dance, held at the Waldorf Astoria Hotel in Manhattan. Two years later the two sisters married the two brothers. Ken and Marge married May 4, 1957 and on November 2, 1957 Marian and Donald were married.

Their family of two grew to a family of five with the birth of their three children Susan, Robert and Nancy.  They moved out of the City and lived in Croton-on-Hudson until 1978. Don took a work transfer with the telephone company so they packed up all their belongings in a moving van and drove the family across the country to Spokane, Washington. Don and Marian called Spokane home for 31 years. Once again, they packed up all their belongings and headed to Meridian, ID. The diagnosis of ovarian cancer came in 2008, and after grueling treatment she had a little over a year of remission.   Treatment began again in the winter of 2011 at Mountain States Tumor Institute. (MSTI) The MSTI staff became a second family to Marian and Don. When Marian was there for treatment, she always wanted to know about all of the staff’s lives and families.  She said it was like visiting all her friends.  Marian fought her ovarian cancer for 12 years.  She passed away at home surrounded by family on December 15, 2020.

Marian’s commitment to her 63-year marriage and large extended loving family was extremely important to her, due to the circumstances of her being orphaned at such a young age. Faith and family were two of the most treasured things to Marian.  She often used a phrase, “Be careful how you live, you may be the only bible some people read.”

In lieu of flowers, the family suggests memorial donations to St. Luke’s Hospice (stlukesonline.org) or the American Cancer Society.