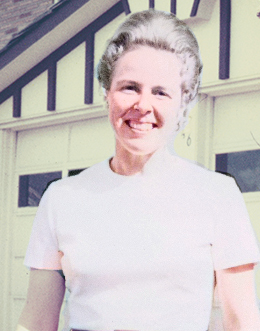 Margaret was born July 12, 1938 in North Bend, Oregon to George and Joyce Ross, the second of four children, with three brothers Gordon, James, and George. Her parents and family were dairy farmers carrying on the long tradition begun in 1854 on what was called Myrtle Grove Dairy.  It continues to operate to this day, the oldest continually operating dairy in the State of Oregon.

One of her Ross great-grandparents was the first settler in Coos County, Oregon. The Ross family had a long history in the United States with one of Margaret’s great-grandparents, George Franklin Ross, having signed the Declaration of Independence of the United States of America. A great-aunt in the family, Betsy Ross, made the first U.S. Flag. Another great-grandmother, Martha McGee Bell, was the first Daughter of the American Revolution, or DAR, due to her significant part in the defeat of the British General Cornwallis.

Margaret always did well in school, graduating third in her senior class from Marshfield High School in Coos Bay, Oregon at the age of seventeen.  Already she was active in music, playing the clarinet at a high level in the marching and concert bands.  Few knew that she even received tutelage from a John Phillip Sousa Band member during her time in high school.  She then headed to Ottumwa Midwestern School of Evangelism in Iowa.

When home in May of 1957, her brother Gordon introduced Margaret to one of his classmates at The Church of Christ School of Evangelism, Charles Crane.  She immediately saw that he was the “real deal”.  They went out for a hamburger and a milkshake, and spent the next few months seeing one another as often as possible, but most often writing letters, as it was too expensive to call long distance, as he was in Portland, Oregon and she was in Coos Bay.  On November 28, 1957, both 19 years old, they “sealed the deal”, being married with Charles’ brother Alan Crane officiating.

From this point on Margaret took on the role of helpmeet.  When a church insisted the preacher’s wife had to play the piano, she learned to play the piano, though she’d only had a few months lessons.  She and Charles would pick out the week’s hymns on Monday, and she would practice them like crazy all week to be able to play on Wednesday, Sunday morning, and Sunday night services.  She dreaded “Singspiration Meetings”, where anyone could call out a hymn “Number 352!” and she had to play it.  But she quickly became not just proficient, but adept.  She added the organ to her list of instruments.  She directed choirs, both adult and children, quartets, trios, and accompanied soloists.  As the years went by she developed both youth and adult handbell choirs that are still in existence today.  It was soon learned the finest gospel music was in these churches, and this helped make these the most effective non-denominational churches in the area.

She helped bolster the quality of fellowship in the church by planning all sorts of events, from “Turkey Talent Night” to Christmas Pageants to Open Houses (with lots of cookies) and even Mah Jongg parties!

As a young preacher’s wife, she learned to make do with very little, canning garden food and preparing venison when the years were the most lean at the beginning.  She also sewed clothing for the family, as well as things like Barbie Doll clothes for Christmas presents for her daughter.  She crocheted, did counted cross stitch, knitted, and eventually settled on quilting as her primary focus, making a quilt for each of her grandchildren, as well as many for her children and friends, even selling them at bazaars and Christmas fairs. Her fame as a quilter spread near and far because of her attention to detail and eye for beauty. She hated to sit idle and would quilt whenever she had a chance to sit still for a while, unless a football game was on.  She did love watching football, especially rooting for BSU.

As the children grew older, Margaret had several part-time and full-time jobs in various places.  The children loved her job in a toy store, but she really shone in her jobs at the Caldwell School District, and eventually for many years in office support at Boise Bible College, also teaching music courses at the college.

Margaret had a wonderful life, having visited 53 countries of the world, several many times, and Israel 25 times. One of the favorite stories is the time in Zimbabwe a giant bull elephant wandered through camp at twilight, and Margaret chased it down the trail shouting, “Come back!  I want a picture!”  She was fearless, except for spiders and snakes.  She enjoyed cruising on ships and RVing for many years.

Margaret will be remembered for her physical beauty, cheerful spirit, brilliant mind, musical gifts, and her love of quilting. She was always clean, diligent, and thrifty.

She was mother to three children, Carol Elizabeth Crane Lowell (Rick), Douglas Gordon Crane (Carolyn), and Steven Alan Crane (Sally). She had 17 grandchildren and 12 great­-grandchildren. She passed on her love of learning and discipline to her children who all have advanced degrees in their fields of expertise, music, medicine, and theology.  Her greatest legacy is the work of the kingdom that is being continued through the next generations of her family.

She was preceded in death by her mother, Joyce, who died at 58, her father, George, and brother, James.  A son-in-law died young. She is survived by her husband Charles, brothers Gordon Ross and George Ross, her three children, 17 grandchildren, and 12 great-grandchildren.

She will be missed, but the joy of meeting again in Glory is exciting. We will be seeing you, dear wife, mother, grandmother, and friend. We will be looking for you near the Eastern Gate in Heaven.