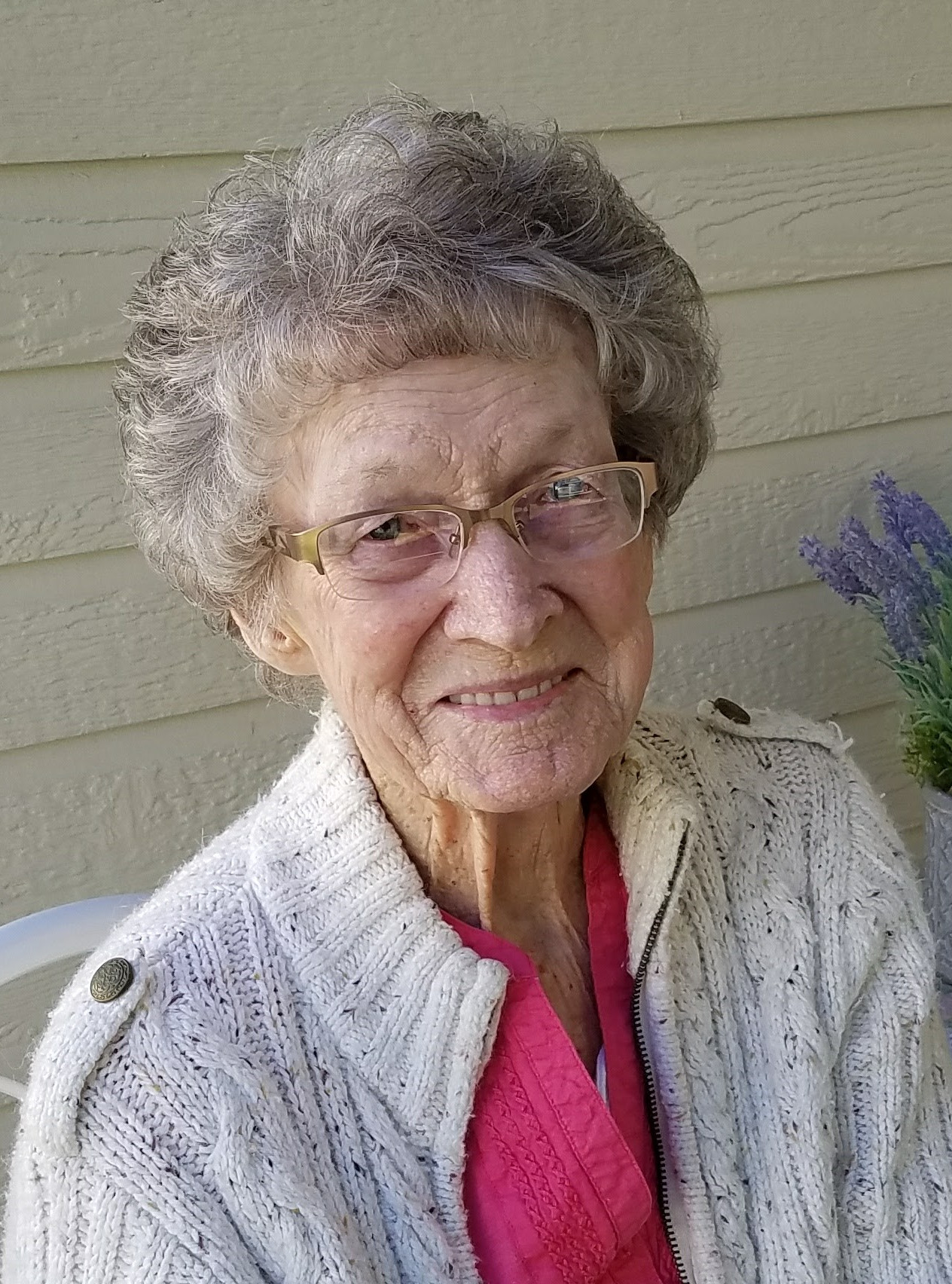 The ripe old age of 97 while residing at Grace Assisted Living on State Street surrounded by her loved ones.

Peggy was born in Montevideo, Minnesota, on October 23, 1923. Her parents were Margaret (Feley) Brown and Charles Herbert Brown. She had two older siblings: a sister named Frances Marion Brown, and a brother named Thomas Howard Brown, all of whom have preceded her in death. The Brown family lived on a huge farm some miles out of Granite Falls, MN.

Peggy moved out west in 1948 after her father died to be close to her sister and start a new job. She met and married Max J. Bitton, after her good friend and soon to be sister-in-law, Afton Bitton, introduced them. They lived in Swan Valley, Idaho where Max was working on the Palisades Dam. They had all three of their children in Idaho Falls, Idaho. They are Kathy Bitton (Vern) of Chester, Idaho, Jeff (Deb) Bitton of Stanley, Idaho, and Sally (Manuel) Bitton Cavazos of Boise, Idaho.

Peggy began her school teaching career in Swan Valley, but she taught in all the places they lived over the years, Steamboat Springs, CO, Eagle, Idaho and Mountain Home, Idaho. She liked teaching 3rd grade the best.

Peggy and Max started their family business, Mystic Saddle Ranch in 1969. It was an outfitting and guiding business using their horses to pack into the Sawtooth Mountains. The whole family pitched in and Peggy was a crucial part of the business doing everything from cooking, taking reservations, meeting with clients, and transportation. Her friendly demeanor always put people at ease and made them feel right at home. She always had room at her table for one more and taught us kids the art of hospitality.

In retirement years Max and Peggy enjoyed traveling in their travel trailer, spending time with their grandkids and extended family. They moved to Lava Hot Springs where they built a lovely home.

In 1999 Max was tragically killed by a train, leaving Peggy a widow. She continued living in Lava Hot Springs for a few more years but eventually moved to Boise to be closer to her family. She became a member of her beloved Boise neighborhood, Bantam Chicks, and was very active in the community.

In her later years she was a huge supporter of her children and grandchildren in whatever they were doing at the time. She attended sports events, rodeos, debates, graduations, concerts and school plays. She was truly a remarkable person in every way, always kind, a wonderful listener, and did that little bit of good that she could every day.

The family wants to thank the care givers that Peggy had in her last years, who kindly cared for her needs when family could not. Especially grateful to the care givers at Grace who gave her those hugs and attention when family was locked out because of Covid-19, you are angels in action – thank you!

She is survived by her children: Kathy Bitton, Jeff Bitton, and Sally Bitton Cavazos, and grandchildren, Dusty (Elise) Bitton, Katy (Thaddeus) Bitton Jones, Jenni Maylene Cavazos, Daniel Cavazos, Jordon Cavazos, and Cory (Sarah) Cavazos. Her great Grandchildren are Dempsy and Gauge Bitton, Tavin, Jagger, and Talia Jones. Her spirit will live on as those who loved her remember her bright beautiful smile.

The family requests memorial contributions in Peggy’s name be made to Metro Meals On Wheels, PO Box 140330 Boise, Idaho 83714.