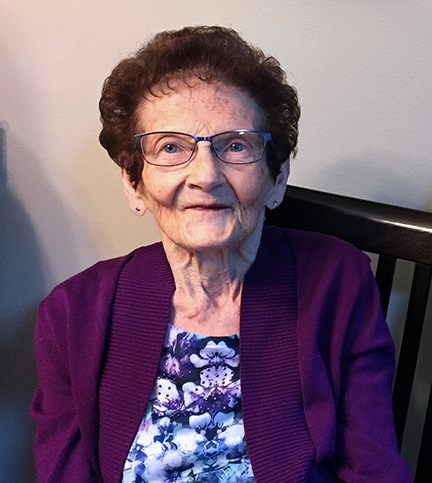 Margaret “Peggy” Anne (Gates) Braese, 88, passed away in Boise on March 6, 2020. Peggy
was born April 12, 1931 in Boise, Idaho and lived in a home near Municipal Park and the Boise
River. Her mother and father were Mary Anne (Roach) Gates and John P. Gates. A graveside
service will take place on Friday, March 27, 2020 at 2:00pm at Dry Creek Cemetery, 9600 W.
Hill Road, Boise, ID 83714, with Father Rob Cook of Sacred Heart Catholic Church officiating.
Although the service is taking place outdoors, please practice social distancing and abstain
from attending if you are ill or have been directly exposed to COVID-19 or the flu.
Peggy attended St. Teresa’s Academy in downtown Boise and after graduation, became
certified to teach reading and math. Her career included teaching at Hawthorne Elementary
and Whitney Elementary in the Boise School District, and Sacred Heart Catholic School, also
in Boise. She was a member of the Retired Educators Association of Idaho and looked forward
to their monthly lunch meetings. She was also a member of Sacred Heart Catholic Church.
Peggy married Richard “Dick” Joseph Braese, Jr. on August 1, 1953 in Boise. Dick was in the
Air Force and he and Peggy moved around the United States to multiple station assignments.
Nebraska, Massachusetts, and Montana were locations she liked to talk about; she relished
her time in Boston with its historical locations. She was happiest, however, when she moved
back to her hometown. Peggy and Dick later divorced.
In her home, Peggy had quite a collection of teacups and saucers, a pastime formed early, as
her mother would gift her English Bone China sets for special occasions. She was a Boise
State Broncos fan and enjoyed watching their football games on TV. Her favorite colors
included “Boise State blue” and purple.
She also liked sitting in her “little park” in the front yard, where she could look at the pretty
flowers and the many birds that came to feast on her bird feeder. She appreciated the kind
attention given to her from the food deliverers of Metro Meals on Wheels and their installation
and maintenance of the bird feeder. The visits from Meals on Wheels were an important piece
of the puzzle that allowed Peggy to live in her own home until the time of her passing.
Peggy’s favorite recent memory was her first visit to a Disney park at age 85. She loved Walt
Disney World (especially meeting the characters), and rode every ride, from “It’s a Small
World” and “Peter Pan” to “Space Mountain,” “Splash Mountain,” “Expedition Everest,” “Big
Thunder Mountain Railroad,” and “Test Track!” She was very impressed with the animatronics
of the “Hall of Presidents” and “Pirates of the Caribbean.” Peggy was quite the sight with her
red electric scooter and walker in tow! While in Florida, she also experienced the Space
Shuttle Atlantis up close and marveled at the advancements of the US Space program since
the 1960s. One evening, she attended a Mystery Dinner Theatre for the first time and met the
cast after the play.
Peggy’s family that survives her includes three sons, John, Rick, and Fred, eight
grandchildren, and several great-grandchildren. Her parents, daughter Michelle “Mickey,” exhusband,
Dick, and brothers Bob, Bill, Tony, and Skip Gates all preceded her in death.
Memorials are suggested to Metro Meal on Wheels of Treasure Valley, P.O. Box 140334,
Boise, ID 83714.