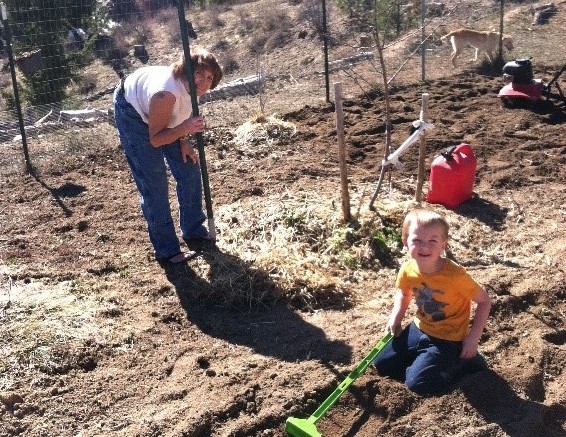 Maggie was born in Gresham, OR to Orville and Margaret Johnson.  She graduated high school in Gresham and attended college at the University of Portland to study her passion; music.

When Maggie was 25, she gave birth to her first child, a daughter, Jamey.  Two years later she had a son, Zebulon (Zeb).  She raised her two children on an island in Alaska.  When her children reached high school age, she moved them to Oregon, where she was finally able to have a horse again.

At 47, she moved to Idaho City, ID where she was employed by the Idaho City School District.  She drove bus on the Grimes Creek route and eventually became the Transportation Supervisor.  Not only did her move to Idaho give her a career she had always wanted, but it also led her to the love of her life, Sam Bonovich.  They were married in August of 2008.

Maggie was the most independent, strongest person anyone could ever know.  She had the kindest heart and no matter what life threw at her, she never lost her positive, upbeat attitude.  There was nothing she enjoyed more than playing and teaching music.  When she picked up her flute to play, whether it be in a symphony, a church service, or at home with her family, you could feel the joy it gave her.  She loved working in the garden, hanging out with her horse, petting her dogs, hugging her grandchildren, watching Cubs games, and soaking up as much sun as she could to catch a tan.

She is survived by her husband, Sam of Idaho City, her daughter Jamey (Chris) of Libby, MT, her son Zeb (Angelle) of Mesa, AZ, her brother Hal (Dora) Johnson of Corbett, OR, her grandchildren Alexia and Zahria of Arizona, and Brooke, Derek, and Tyssen of Montana, and her sister-in-law, Nancy Bloom of Idaho City.

Maggie touched the lives of all she came to know.   A celebration of her life will be held at a later date in the spring.  In lieu of flowers, the family asks you take a moment to hug your child, grandchild, parents, friend, or walk in the woods for an hour or two.  Time waits for no one.