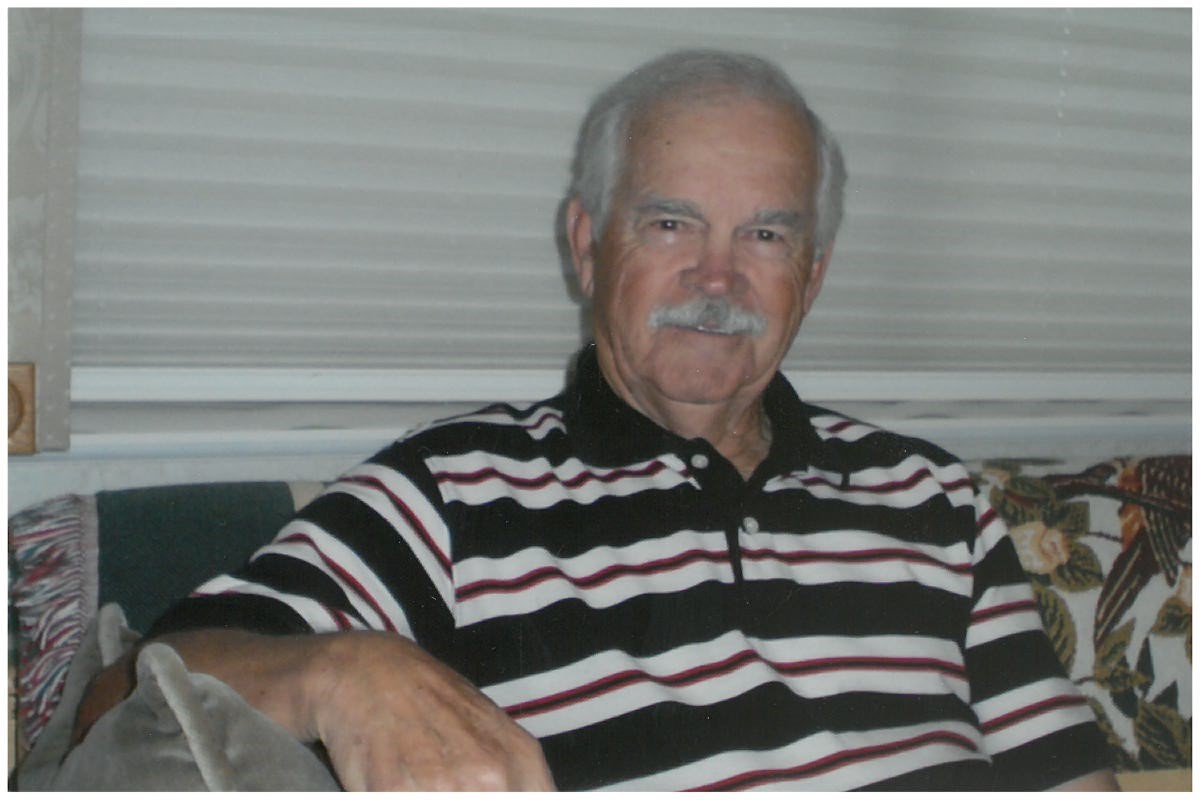 The second of four sons, Lyle was born in Pingree, Idaho on October 13, 1934 to Steve Uscola and Reva Jolley Uscola. After Lyle’s birth, Steve and his brother, Joe, purchased a farm at 903 W. 300 S., Heyburn, Idaho where they raised sheep, grains, hay, and beets. Lyle and his brothers Keith, Elmer, and Frank grew up working on the farm and doing everything from plowing, planting, and harvesting behind draft horses to hoeing beets and beans and milking the family cows. (As an adult, Lyle didn’t drink milk because “I always smell the cow in a glass of milk.”)

Lyle attended Heyburn Elementary and graduated from Heyburn High School in 1952 where he played sports and participated in student government. After high school, Lyle attended ISU where he joined the ROTC, played football, and graduated with a degree to teach and coach. In July of 1953, he married Glenda Rae Startin.

His first teaching and coaching position was at Valley High School, and their first child, Melody Cay, was born while they were living in Eden, Idaho. He then took a position at Oakley High School, where he made life-long friends among the staff and the community. His son, Kyle Darwin was born during that time.

Lyle moved his wife and two children to Marsing, Idaho where they bought their first home, and he began teaching and coaching at Marsing High School. In the summer of 1963, Lyle and Glenda sold their home and moved back to Paul, Idaho, where Stephanie Kim was born in 1964. Lyle returned to Valley High School and taught there until joining Sierra Life Insurance Company to work full time. While selling insurance, the family moved to Idaho Falls, Twin Falls, and after buying the family farm with his brother, Elmer, back to Heyburn, Idaho. He later became a real estate broker and enjoyed the many acquaintances and friendships he made during that time.

Lyle and Glenda divorced in 1976. In 1982, Lyle returned to education. When asked if he noticed a big change in the students, he remarked, “Society has changed, but not kids. They still have the same challenges and emotions. It’s just that they have more to deal with now than before.”

In 1986 Lyle met Paula Estey while teaching her son math at Burley High School. He fell in love almost immediately. They married in the summer of 1987. She brought two children, Chris and Cindy, to the relationship, and he came to love them as his own. Lyle and Paula shared almost 33 wonderful years. They did everything together – they even washed their home’s windows together, he washed the outside while she washed the inside.

Always the learner, Lyle also went back to ISU for a master’s degree in Athletic Administration and another in Education Administration and eventually left the classroom to be an assistant principal at Burley Jr. High and later, Burley High School. Upon retirement, he and Paula purchased a motor home and spent winters in Yuma, Arizona golfing, dancing, and playing cards with the many friends they made from all over the United States. They spent summers in Island Park, fishing and golfing with friends made there.

Lyle loved fishing, golfing, attending grandchildren’s events, and watching Boise State football. Every time we participate in any of those activities, we will remember the coaching and “L.D.-isms” he readily shared with us.

Final arrangements are under the direction of Bowman Funeral Parlor in Boise, Idaho. There will be no funeral or memorial service; however, friends and family may leave condolences on their website: www.bowmanfuneral.com.

The family wants to thank the staff at Grace Assisted Living’s Memory Care facility. Their staff became Lyle’s family and their kindness, love, and support of both Lyle and Paula will always be remembered.

There will be no formal services for Lyle.