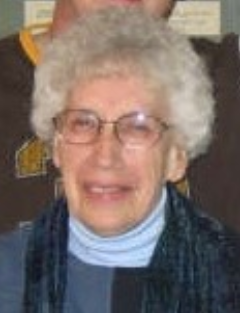 LouJean Thelma Fuller Millar was born 22 June 1928 at the Dee Hospital in Ogden, Utah.  She was the second child and oldest daughter of Arthur Leonidas Fuller and Thelma Foulger.  She completed grade school in Eden, Utah, and graduated from Weber High School in Ogden, Utah.  She received an Associates degree from Highline Community College in Des Moines, Washington.

Her parents move from Eden, Utah to Eagle, Idaho the year that she graduated from high school.  She worked for Milner Truck Lines as a bookkeeper, and met her husband there.

LouJean married Charles Robert Millar on 20 May 1950, in Seattle, King, Washington.  They built a home in Seattle’s south end and raised their four children there.  In 2009, She moved to Puyallup to be closer to her daughter Margaret and son Steve.  Later in 2014, she moved to Star, Idaho, to live with her daughter Carol.

After all of her children were in school, LouJean worked as a bookkeeper for a very large apartment complex in Burien.  Her last employment was as a bookkeeper in the controller’s office at Boeing Employees Credit Union in Tukwila, Washington.

LouJean enjoyed creative activities.  She attended Chinses cooking school for a year and made yummy Chinese dinners.  She made realistic flowers to adorn her home.  She was a good cook and enjoyed canning, making jam, and having a full cupboard every fall.  She like to sew and crochet.

She was an active member of the Church of Jesus Christ of Latter-day Saints, and served in a variety of positions.  Her favorite things were teaching children and family history research.  After her husband died, she served a mission at the Family History Library in Salt Lake City.

Memorials are suggested to the Multiple Sclerosis Society.

A memorial service will be held on December 12, 2019 at 7:00 pm, at the The Church of Jesus Christ of Latter-Day Saints located at 9400 W. Floating Feather Road Star, Idaho.