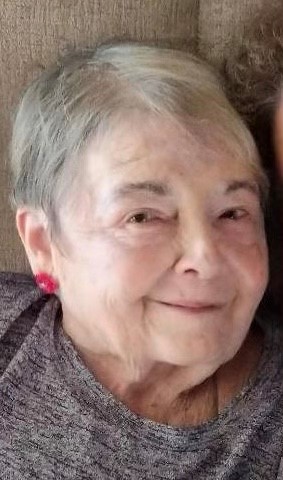 Lori was born on February 19, 1942, to Harold William Meacham and Violet Mae (Curlin) Meacham in Seattle, Washington. She attended Catholic schools and graduated from Blanchett High School in 1959.

Lori met the love of her life, Robert Heindel, through a school friend, and they were married in Seattle on October 8, 1960. After brief relocations to New Plymouth and Fruitland, Idaho, they relocated to Boise, Idaho in 1968.

Lori’s children were her pride and joy; she and Bob had six kids. As they grew, she held various jobs. She was a special education aide at South Junior High, a daycare owner, and a salesperson at Made in Idaho. But her delight was spending time with her children as they grew and, later, with their own families. Her kids have wonderful memories of camping, rowdy game nights, and joyful holiday gatherings. Her grandchildren have treasured memories of her and Bob cheering for them at athletic activities, taking them to the pumpkin patch, trips to the Pacific Ocean, dyeing Easter eggs, and other fun times.

Lori and Bob loved to travel and spend time with friends and their small faith group. Lori and her lifelong friends formed the Grandmother’s Club and enjoyed many meals out together. She struggled with health the later years of her life, though a kidney transplant from her son Mark in 2002 gave the family 20 extra years with her. Her children are so grateful to their dad Bob for lovingly caring for her all of these years.

Lori is survived by her husband Bob; daughter Debbie (Mike) Asmus of Mitchell, SD; sons Bob (Cheryl) of Boise, Jeff (Kelly) of Middleton, and Mark (Angela) of Boise; sisters Kathy (Carl) Leon and Mary Thompson of Seattle; 16 grandchildren; 7 great-grandchildren; and many nieces and nephews. She was preceded in death by her parents; a sister, Carol Harowicz; two daughters, Pamela Heindel and Judy Windom; and a great-grandson, Anderson Heindel. In lieu of flowers, the family requests memorial gifts for the Idaho Food Bank (www.idahofoodbank.org).

A memorial service will be held on Saturday, June 18 at 11:00 a.m. at Sacred Heart Catholic Church in Boise.