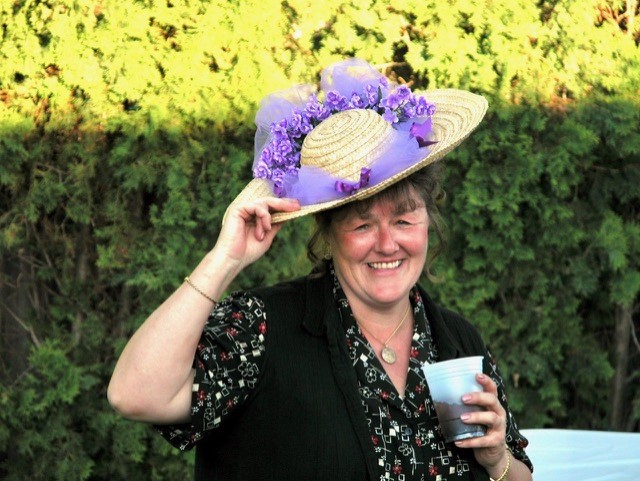 Loretta Ann Stadler was born in Boise, Idaho, July 4, 1954, to Rita and Gene Koomler. She was the oldest of 5 kids and once the others came along, she was quickly assigned the title of  First Lieutenant within the Koomler household. She didn’t have much time to grow up herself, due to the demanding responsibilities of this title. In the Koomler household, there was a clear divide. It was the girls against the boys. Even though the boys were outnumbered, Ellen and Colleen, the youngest two in the family, were of little help during these battles. Loretta was really on her own to keep them all in line. And she knew Gene and Rita were counting on her. Especially when the boys would lock the girls out of the house. Which happened frequently.

One of the traits Loretta inherited from her mom was her love for shopping. Yes she shopped a lot. However, most of her shopping was done for others. She had several boxes of gifts that she had ready to give to people. Mostly for her grandkids. She was even saying she had her Christmas shopping done, back in June. Loretta also loved working in her yard – planting, gardening, flowers etc. She was always planting something and rearranging her garden. She was excited to show off a plant that was flowering well that year and shared her flowers with many. Loretta was fiercely independent. She rarely paid someone to fix or build something if she didn’t first try and do it herself. And she rarely failed at what she attempted.

Loretta worked several years for Mothers Against Drunk Drivers. Her passion to help victims was second to none. There were still remnants of this in her house when a box of “red ribbons” were found in the hallway closet. One would wish they had a nickel for every ribbon that she hung on antennas throughout the state. From there she worked as a Victim-Witness Coordinator for Canyon County Prosecutors Office from 2008 – 2018. Loretta’s heart to help victims pushed her to try and make every victim she worked with feel heard and cared for. She gained the respect of county officials and law enforcement as she worked tirelessly for the rights of those that didn’t have a chance of survival in a bureaucratic system. Even as her disease continued to ravage her memory, she continually talked about taking care of the victims.

Loretta was known fondly by her 9 nieces and nephews as “Auntie”. Loretta’s greatest pride and joy were her two boys – Eric (Erica) and Travis Stadler. There wasn’t a conversation you had that didn’t include what they were up to. She was also blessed with four adorable grandchildren – Elizabeth, Eva, Emily and Elijah. She treasured any time she could spend with them and really believed they walked on water.

A memorial mass will be held, 11:00 am, Friday, January 8, 2020 at Holy Apostles Catholic Church, 6300 N. Meridian Rd., Meridian, Idaho, with a rosary beginning at 10:00 am. If you would like to view the service virtually please visit https://www.facebook.com/holyapostles.church/live_videos/

In lieu of flowers donations may be made to http://act.alz.org/goto/LorettaStadler

A memorial mass will be held, 11:00 am, Friday, January 8, 2020 at Holy Apostles Catholic Church, 6300 N. Meridian Rd., Meridian, Idaho, with a rosary beginning at 10:00 am. If you would like to view the service virtually please visit https://www.facebook.com/holyapostles.church/live_videos/

In lieu of flowers donations may be made to http://act.alz.org/goto/LorettaStadler