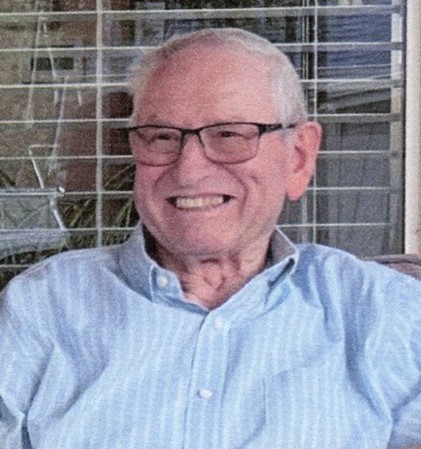 Leornal (Lee) Reed Gardner, age 80, passed away at his home in Meridian, ID formally of Hermiston, Oregon on October 4, 2022 after a battle with pancreatic cancer. Lee was born on May 15, 1942 in Idaho Falls, Idaho, the third of nine children, to Irving Gardner and Pearl Rowbury.  He grew up in Blackfoot, ID and graduated from Blackfoot High school in 1962.

He married Gayle Marlene Leavitt in the St. George Temple May 22, 1965. They were blessed with three daughters and one son. They lived in Las Vegas, Nevada until 1976 when his job as a lineman at Umatilla Electric Co-op took him to Hermiston, Oregon where they spent the next 40 years.  He retired from Umatilla Electric Co-op in 2004.   In 2016 they moved to Meridian, ID.

Lee was a devoted husband, father and grandfather. He lovingly cared for Gayle the last five years as she has had her own battle with cancer. His children and grandchildren remember playing board games, putting together puzzles, watching sporting games, coin collecting and going fishing with him. He also loved to play softball and basketball in his earlier years. He loved being outdoors and enjoyed hunting and fishing with family and friends. In recent years he started woodworking.  He meticulously made benches and step stools which many of his children and grandchildren have enjoyed receiving as well as friends and neighbors.

Lee was a faithful member of the Church of Jesus Christ of Latter-day Saints and served in many callings, including, Stake Mission Leader, Young Men’s President, Elder’s Quorum President, Stake and Ward Executive Secretary, High Councilor, High Priest Group Leader and Bishop. He especially loved serving in the Columbia River, Boise and Meridian Temples for the 16 years prior to Covid.

The family would like to thank the staff of Keystone Hospice for their dedicated service and care.