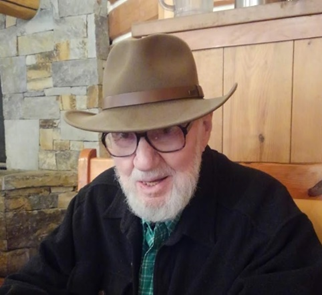 Leonard James Redmond, 89, passed away peacefully in his sleep Thursday, January 23, 2020, of natural causes in Boise, Idaho. Leonard, the youngest of 2 children, was born on June 7, 1930, in Baker, Oregon, to James and Winifred Redmond.
Leonard attended the St. Francis Academy, in Baker until 1948. In 1949, Leonard graduated from Baker High School. On June 19, 1950, Leonard married Ella M. Boyer also of Baker in Weiser, Idaho.
Leonard started working early in life at the Baker theater in 1943. After a 4-year stint with the forest service, and two years in the Marine Corp Reserve, Leonard fell in love with truck driving and began his long truck driving career in 1950 in Baker, Oregon. In 1961, Leonard and Ella moved to Fruitland, Idaho, and he started driving long haul trucks for Ore-Ida. In 1969, they moved to New Meadows, Idaho and he began working for J.I. Morgan as a logging truck driver. After losing his wife in 1981, he moved to Ontario, Oregon in 1983 with his partner Eva Mae, to drive truck for N.A.C.A. Leonard was very proud that during his career he had the opportunity to drive through all 48 continental states. In 1988, Leonard retired and moved to Star, Idaho. In retirement, he continued his love of driving by living vicariously through logging truck magazines that he read. He had a special love for trains and war history. As a wood-working hobbyist, Leonard spent most of his time working on projects in his shop. His imagination and knowledge of fixing broken things will be missed.

Leonard was proceeded in death by his wife Ella in 1981; special friend Eva Mae Turritton in 2007; both parents James and Winifred; his brother Donald, and nephew Patrick.

Because Leonard loved war history, in lieu of flowers please consider a donation to Warhawk Air Museum in Leonard’s name, at 201 Municipal Drive, Nampa, Idaho 83687. Or you may visit their website: https://warhawkairmuseum.org/giving/donate/

A funeral service will be held on February 8, 2020 at 1:00 pm at Bowman Funeral Parlor located at 10254 W. Carlton Bay Garden City, Idaho. Condolences may be made at www.bowmanfuneral.com