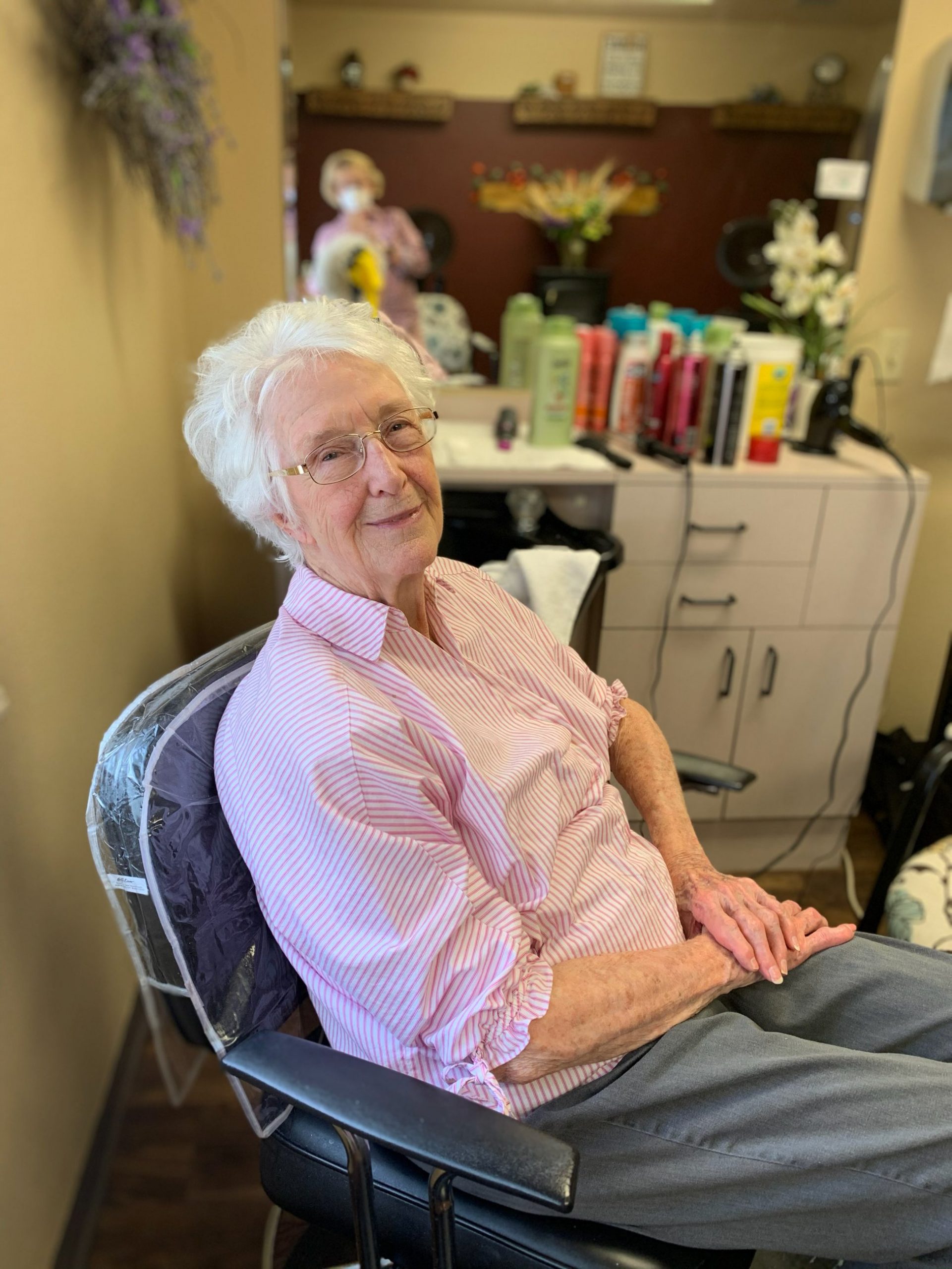 Lenore was born at home in Banks, Idaho to Merle and Inez Banks. The Banks family was comprised of 8 children: Maxine (Banks) Callaway, Stanley Banks, Virginia Banks, Gale Banks, Jewel (Banks) Stiburek, Donna (Banks) Martin, and Dixie (Banks) Harp, Merle and Inez worked hard to increase the population of the town in their name sake. Lenore was the last surviving sibling of the original Banks family.

Merle Banks filed a homestead claim in 1908 under the Forest Service Homestead Act of 1906. The claim was for a 160-acre parcel along the Payette River. In 1911 the Oregon Short Line began construction of the Idaho Northern Railroad. Banks would be a key location for a water tower and a turn table to change direction of helper locomotives used on the steep grade above Banks. The railroad brought jobs, supplies and transportation to the small town of Banks. The Banks family ran a general store and post office. They also worked at the gas station and restaurant across the river located on Hwy 55.

In 1943 Lenore met Charles who worked for the Oregon Short Line Railroad. Charles was drafted into the US army and was headed for basic training. Lenore became a war bride and traveled with Charles to Louisiana for railroad training,  the Army way. Charles was sent to the European war effort and ended up based in Holland. Lenore returned to Idaho and would soon give birth to her first son,  Stan. Lenore lived with the Smith family and started out as a young, mother with little knowledge of raising a child. Charle’s mother helped with the early months of caring for a baby.

Robert Smith was born in 1948 with disabilities from CP. This added challenge would normal rigors of raising a family. Robert had special needs and Lenore put forth a herculean effort to make sure that Bob got all of the help that was available at the time.  Lenore wanted to mainstream Bob’s life, in an effort to make Bob’s life all it could be.  She sacrificed her own potential to work outside the home or pursue other interest and activities. She accomplished her goal of providing a good life for Bob while maintaining  support and love for all three sons. Super mom covering all the bases!  She will be missed by family and friends.

Lenore was preceded in death by her husband Charles F Smith (2011). They were married 66 years. Lenore and Charles are survived by their three sons: Stanley B Smith of Moscow, ID, Robert M Smith of Boise, ID, and Terry W Smith of Parma, ID.