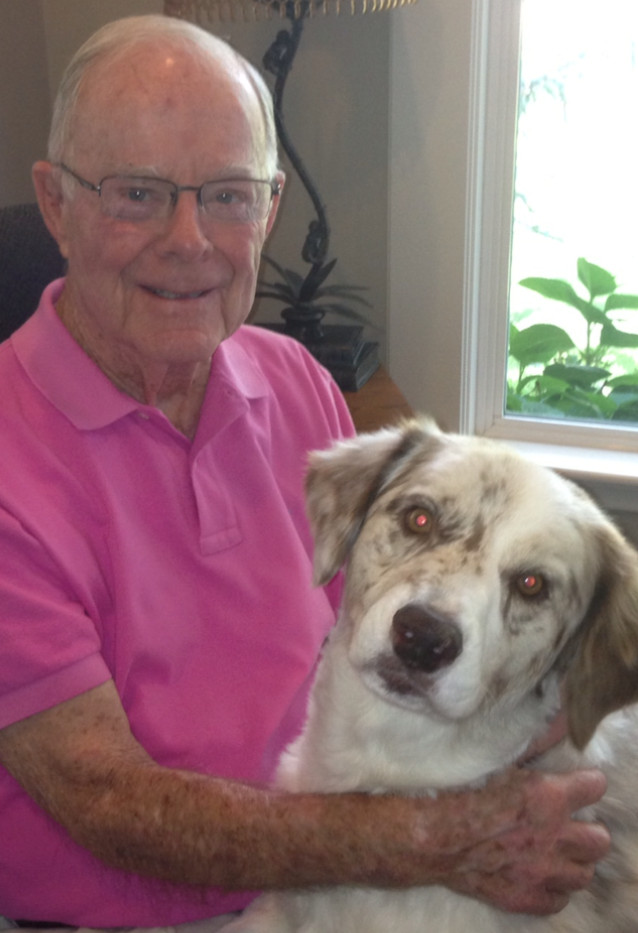 Lee Roy Bondurant, 88 passed away peacefully on Sunday, March 7th at home with his beloved wife Nancy by his side.

Lee was born January 18, 1933 in Stillwater, Oklahoma in the middle of the great depression and was raised by A.L “Roy” Bondurant and Lillian Bondurant. Lee graduated from Muskogee High School and went on to graduate from the University of Oklahoma.  He played trumpet in the marching band, was active in the Kappa Sigma fraternity, served in the ROTC and was voted “Big Man on Campus” by his peers. Lee loved his time there and was a big OU fan often staying up late into the night to watch games on any cable channel he could get his hands on.

Lee is survived by his wife Nancy of 57 years, daughter Jennifer and Son-in-Law John (of Dallas, TX), daughter Deborah and Son-in-Law Stephen (of Boca Raton, FL and London, UK), Son Chris (of Boise, ID), and his 3 loving grandchildren.  Lee met Nancy in Kansas City where he was working for Colgate Palmolive and she was in Hostess training for TWA.  They later reunited in San Francisco where they were married in 1963 and lived in the Bay Area for several years before relocating to Boise, ID in 1972.

Lee began his career at Colgate Palmolive as a Warehouse Manager in Kansas City, MO and Oakland, CA and then as a Consultant for AT Kearney in San Francisco.  He completed his career at Ore-Ida Foods where he was Vice President of Logistics until he retired in 1990.  At the time of his retirement, Lee was the longest serving member of the Ore-Ida Management Board.  While he was there, Lee contributed to increasing Sales from $70M to over $900M annually.  He was a pioneer in implementing one of the first MIS programs in the country which reduced operating costs and improved the management of inventory levels.  Lee made many lifelong friends at Ore-Ida and was always complimentary of his talented colleagues and the culture that Ore-Ida embodied. He had a passion for art and was active in the Boise Art Museum and was instrumental in the support of their growth and service to the Local community.  Lee was an avid BSU Bronco fan and served on several local Boards to share his expertise to those who needed it.

In addition to his many professional accomplishments, Lee was blessed to have seen much of the world through his travels with Nancy and dear friends over the years.  They held many terrific memories of their adventures to China, New Zealand, Europe and Africa just to name a few.  Another place dear to Lee’s heart was Kauai where they owned property and had many memorable family traditions such as sipping Mai Tai’s and spotting whales. His children nicknamed him “The Big Kahuna” and plan to hold a special celebration of life for him at Poipu Beach when it is again safe to travel.

Lee was known as a “True Gentleman” from those who were fortunate to have known him.  He was a quiet, stoic man of few words but when he did speak it was always very insightful.  He was generous, polite and kind to those he came into contact with and in one friend’s word , “they just don’t make them like that anymore”.  Lee was honorable and upstanding and will be dearly missed but never forgotten.

The family would like to extend our special thanks to Tammy and Gilbert Walmer of CARE Assisting Retirees Elders and the staff of the Horizon Hospice who made Lee’s last days as dignified and comfortable as possible.

In lieu of flowers, the Family asks that you please donate to the Idaho Humane Society: https://idahohumanesociety.org/donate-2/ or Boise State Athletic Association: https://app.mobilecause.com/form/0sQ4iA?vid=h9i3f  in Lee’s Memory.