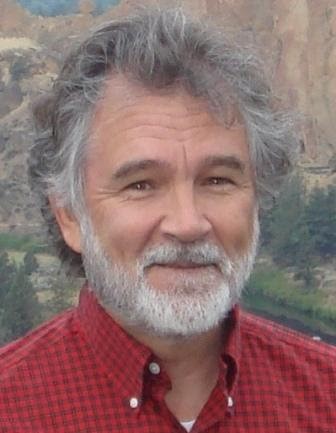 Lawrence John Carson II age 77 of Boise, Idaho was born May 2nd, 1944 at St. Joseph’s Hospital, Tacoma, Pierce County, Washington. Lawrence moved through to the eternal beyond on February 9th, 2022 in Boise, Idaho.  Lawrence, (Larry) is the son of Lawrence John Carson and Mildred Hope Carson (Lahti).  He grew up on a small farm with his little sister Alisha Nelson and little brother William, (Bill) Carson.

He graduated from Pacific Lutheran University with a degree in business and accounting, and went on to pass his CPA exam and become proficient in accounting and a variety of consulting services for many years.  He traveled the country in the latter years and was proud to say that he used his talents to assess over 700 businesses, in a new city every week.

Lawrence served in the US Navy from Dec. 1965 to March 1969.  His rank was EM2 SS and was assigned to the USS Robert E. Lee, based in Holy Loch Scotland, where it was tendered to the US Bonne Homme Richard.  He enjoyed his membership in the FRA (Fleet Reserve Association) a US military active duty and veteran’s organization from Navy, Coast Guard and Marines who organize events and provide assistance at veteran’s hospitals and clinics.  The local group meets to share memories and create local events and charitable service.

While in the Navy, he attended the A School in San Diego, Ca., the Nuclear Power school at the Mare Island Naval Shipyard, California, and Prototype School in Arco, Idaho Falls, Idaho and Nuclear Power school  in New London (Groton) Connecticut which was his home base upon graduation.  He and his family lived in Tacoma, Washington, American Samoa, Bend, Oregon, and most favorite residence for 35 years, Boise, Idaho. He and his wife took the opportunity to live in Flagstaff, Arizona for two years in 2006-2007.  During that time, he worked and resided with the Havasupai tribe in the Grand Canyon during the week. He loved being in the beautiful Canyon and enjoyed the relationships he created with those he worked with.

Larry was a traveler by nature in both the seen and unseen, venturing where others dare not go.  He was an extremely passionate man and put high levels of intense energy into everything he thought and did.  His “Thought generator”, executed the meticulous true use of words which he encouraged others to use in their lives for a deeper purpose and meanings.   He had a deep love of universal wisdom, extreme compassion and joy for others, a goal of mastering the mind and beliefs, and “Curiosita” that cannot be explained but only “imperienced”.

He mastered the trumpet as a boy and loved to play it for fun as an adult.  He taught himself to play “by ear” the didgeridoo, the harmonica and Native American flute, and often entertained us when the urge to perform took hold.  He appreciated all styles of music, from the great bands’ music of the 50’s, to jazz, and the popular folk and protest songs of the 60’s.

A Celebration of Life will be held at Bowman Funeral Parlor on Tuesday, February 22, 2022 at 1pm. Online streaming service will also be provided for those who can’t attend.  Should family or friends desire, flowers are welcome and memorial contributions may be sent to the family or to Go Fund Me, Lawrence Carson’s Memorial Fund https://www.gofundme.com/f/lawrence-carsons-memorial-fund?utm_source=customer&utm_medium=copy_link&utm_campaign=p_cf+share-flow-1

There will be a funeral service with military honors on Tuesday, February 22, 2022 at 1pm at Bowman Funeral Chapel, 10254 W. Carlton Bay Dr., Garden City, ID .  Interment at the Idaho State Veterans Cemetery to follow at a later date.