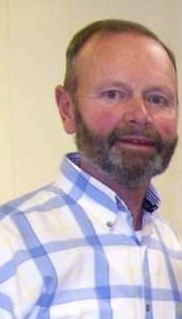 Larry was born on September 13, 1946 in Emmett, Idaho to Walter and Phyllis Rood.  He married Kathryn (Kay) Spence on December 14, 1965 after they graduated high school.  Together they had three children Wes, Nancy, and Randy.

Larry is a Vietnam Veteran.  He served as a Navy Corpsman at the DaNang Naval Hospital from August 1967 – August 1968.  He received the following honors: Meritorious Service Citation as Senior Ward Corpsman under arduous living and working conditions in an advanced combat area while keeping the highest traditions of the hospital corpsman and the United States Navy. Award of Commendation in recognition of his meritorious support of combat operations in Southeast Asia July 11, 1968.

If you asked Larry what he enjoyed most about his working career, he would tell you “Logging.”  Larry was strategic when it came to who he worked for and where.

He was passionate about his family and thoroughly enjoyed logging.  His past-time activities included hunting, fishing, snowmobiling many other outdoor recreational activities. If you told him the trail was unsafe, he would disagree with you and prove your wrong.

He was the Scout leader for the Haines Boy Scouts Troop #422 for many years.  Larry willingly helped any boy who wanted to make it to Eagle Scout and become successful.  He was also a Little League Baseball coach.

For those who would like to make a memorial donation in memory of Larry, the family suggests making a donation to the local VFW in Baker City, Oregon.

For those who would like to make a memorial donation in memory of Larry, the family suggests making a donation to the local VFW in Baker City, Oregon.