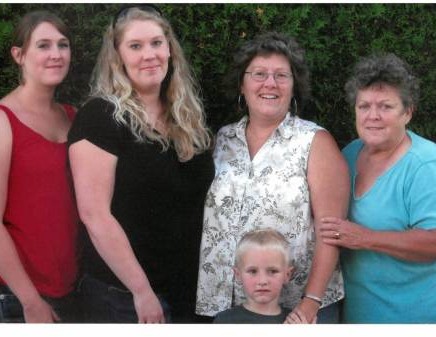 Lani A. Poe passed away Thursday, April, 25th, 2019. Lani was born in Santa Rosa, California in 1941. She grew up in Mooney Flat, California and lived there until her marriage to Kenneth Poe in 1960. They moved to Idaho and later were divorced but from that marriage came two children, a daughter Debra A. Poe Whitehead (Larry) and a son Michael W. Poe (Tracy). She retired from the Department of Transportation. Mother enjoyed hunting, fishing, camping, reading and needlework. She especially enjoyed her children, grandchildren Jenny Whitehead, Anne Whitehead Delic, Kenny Poe and Megan Poe. Her great grandchildren Auden Delic and Dylan Delic. Her nieces and nephew and her special kitty Daisy. Mother was preceded in death by her parents Hubert and Evelyn Edwards and her only sister  Gracie Worley and her brother- in- law Frank Worley from Grass Valley, California. A celebration of mother’s life will be decided at a later date.