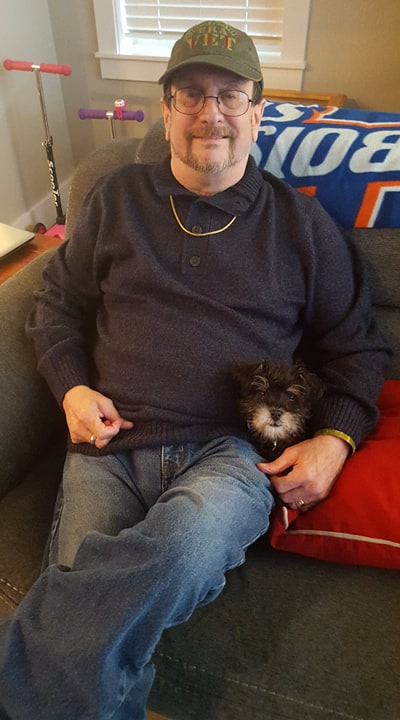 It is with great sadness that we announce the passing of Kevin M. McGeehan 66 of Garden City Idaho. Kevin passed away at his home surrounded by love on March 6, 2020. He was a born in Coaldale PA to Bernerd & Christina McGeehan . He is survived by his wife Kathleen Mundy-McGeehan, daughter Melissa McGeehan Phila., daughter Patricia Weikel (Jim)Ringtown, son Kevin Jr. Barnesville, son Eric Mundy (Sara)Deltona FL, son Adam Mundy ( Morgan) Meridian Idaho. He is also survived by brother Brian (Roberta) McGeehan Cape Coral, FL and sister Lisa Ferry, Tamaqua. Kevin is preceded in death by his parents Bernerd & Christina McGeehan, Sister Christine (Tina) McGeehan and brother in law, George Ferry. Kevin had 9 grandchildren and 1 great grand child. Several nieces and nephews.
Kevin was raised in Tamaqua, PA attending Tamaqua area schools. He graduated in 1971 and went into US Army that same year. He served during Vietnam Era in Germany dedicating 6 years to the Army. He then re-enlisted into Army National Guard based in Hometown, PA for 4 years.
He had various jobs but spent most of his life working at Sealy Posterpedic as a machine operator for 27 yrs. He and his wife Kathleen retired to Garden City Idaho in 2016.
He was a generous, witty and dedicated man who loved his family and was passionate about the Pittsburgh Steelers and World History.
In lieu of flowers the family would like donations to be made in Kevin’s name to SPCA in your area or Wounded Warrior Project.