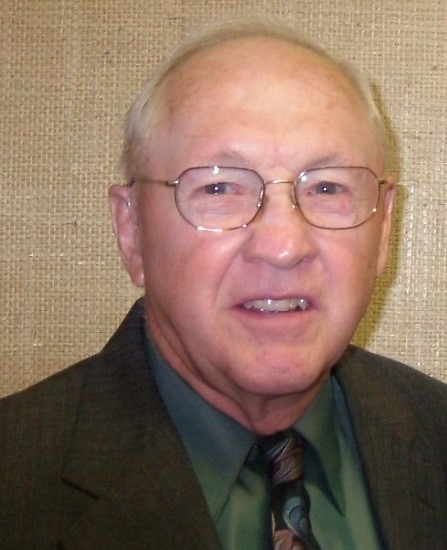 Kenneth Bert Biggers, 87, of Garden City, passed away Friday, April 19, 2019. He was born August 16, 1931 in Brownlee, Idaho, to Charles and Alice Biggers; Ken was the fifth son of their six children.

Ken was raised on the ranch homestead first owned by his grandparents, David and Mini Biggers. Ranch life taught Ken how to fix just about everything—from autos to tractors. He attended grade school in Brownlee and graduated from Emmett High School in 1948. During his school years, Ken built his own go-kart and bicycle. After high school, he was drafted into the Army and served in Alaska for two years at the end of the Korean War.

Ken married Mary Lee Heavrin on November 21, 1954 in Cascade, Idaho, and together they had two daughters, Connie and Darlene.

Ken worked off and on for Radio and TV Shop in Emmett when he and Mary Lee were first married. During a brief move to Gardena, he also worked skidding logs in the rugged Idaho forest. After a few months, the couple moved back to Emmett where Connie was born and, soon after, Darlene. They also lived in Fruitland for a short time. In 1962, they moved to Boise, and Ken started working for Oakley Electronics, where he stayed for 25 years. While working at Oakley’s, Ken and Mary Lee earned two trips through RCA, to London and Stockholm, and then to Guadalajara, Mexico.

For the next 10 years, Ken worked for the Transportation Department, and after a successful career there, he retired. After retirement, he worked maintenance for Fredriksen Health Insurance at the Fairview Square, and in the summer, he took care of the Christian Church Camp on Cascade Lake.

Ken is remembered by his daughters for his ability to build or repair just about anything. He built his own camper, remodeled a home, and built a shop in his backyard. He used that shop to fix things for family and friends. He also worked on the boiler at his church for years and could always keep it going.  Ken is also remembered as an avid hunter, fisherman, and motorcycle rider. He passed this love down to his sons-in-law and grandchildren and never turned down an opportunity to go or take them along.

Ken is survived by his wife, Mary Lee; daughters Connie (Dave) Lowry and Darlene (Tom) Densley; grandsons Josh (Johanna) Lowry, Nate (Michelle) Lowry, Mike (Carlene) Lowry, and Jason (Wendi) Densley; and granddaughters Heather and Annie Densley. He is also survived by ten great-grandchildren and numerous nieces and nephews. He is preceded in death by his parents, four brothers, and his sister. Ken will always be remembered as a man of God who was kind, sweet, and gentle. He will be greatly missed by us all.