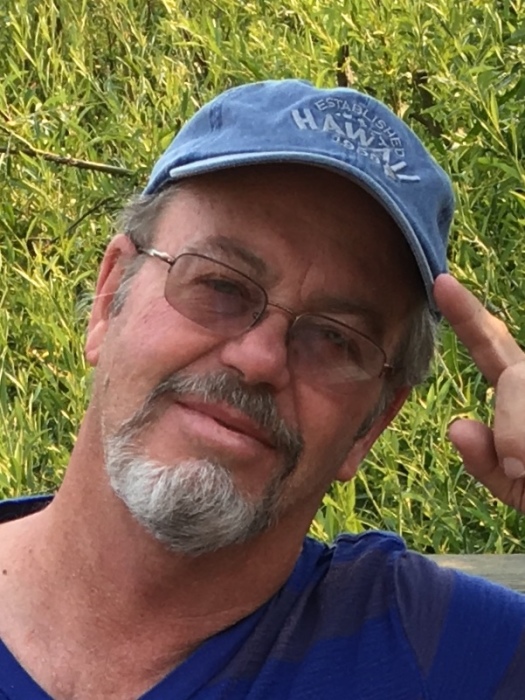 Our dear Kelly climbed the “Stairway to Heaven” at the age of 63 after a hard fight against a rare disease called Amyloidosis. He passed away peacefully with his longtime love, Janice at this side. Kelly was born November 1, 1955 to Lowell and Eleanor Hewlett. He grew up in Burley and spent many happy years doing what boys do- playing baseball and skiing Pomerelle.

He graduated from Burley High School and moved to Boise to attend BSU. Kelly played city rec softball in the 80’s and he loved to golf- his favorite course was Falcon Crest. After college Kelly spent 18 years in the office equipment business. His career path then took him to Idaho Power as a purchasing agent.

Think of Kelly when you see the power poles, towers and wires-he bought those. He retired in January of 2018 and became ill shortly after. Some of his happiest times were spent in Stanley at the annual Hewlett reunion. He loved the Oregon coast and the beaches of Hawaii.

Kelly had a soft spot in his heart for his pets and he had many over the years, he leaves behind Rosey and Dobby. For the past 11 years he and Janice have raised their granddaughter Gracey and have enjoyed every moment.

He is survived by his wife Janice, son Russ and his step children Nicholas and Mariel as well as his granddaughter Gracey, his mother Eleanor, brothers, Tom and wife Karen, Dave and wife Jill, and his sister Susie. He was preceded in death by his father Lowell, 2 brothers-Gary and Ken, brother-in-law Robert and Russ’ mother, Linda.

A special thank you to our friends at St. Luke’s Hospice, Ermelinda, Daniela and Kathe the kindness and devotion that was shown to Kelly, Janice and Gracey was so appreciated. To Dana at Regence who was a loyal advocate for Kelly and to Idaho Power for their support.