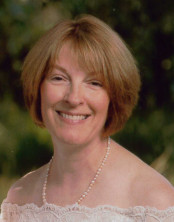 Kathy Harris unexpectedly passed away on the morning of July 12th due to a brain aneurysm.  She had undergone major open-heart surgery in December from which she had successfully recovered.  Kathy was born on February 27, 1953, in Olney, Illinois, the third child of Hugh and Mary Jo Newcomb.  Kathy spent happy childhood years in Crossville, Illinois, and Henderson, Kentucky.  She graduated from Henderson County High School as salutatorian in 1971.

Kathy attended Harding University in Searcy, Arkansas where she began her studies to become a medical technologist and met the love of her life, Randy Harris. They celebrated their 45th anniversary in March of this year.  After Kathy completed her degree in Medical Technology at the University of Arkansas, they moved to Boise, Idaho where Randy was born and raised.  Kathy recalled crying the first time she viewed Boise from I-84 in the height of summer; our high desert climate was shocking for her initially.  Over the years, she came to love Idaho’s beauty and embraced Boise as her home.

Kathy worked as a med tech in Boise for several years.  After the births of her daughters Gretchen and Darcie, she proudly devoted herself to being a homemaker.  She enjoyed travel with family and friends and recreational SCUBA diving.  Kathy ran and walked more marathons and half marathons than we can count.  She enjoyed cooking, entertaining, and making holidays special.  Love for Boise State football led to increasing involvement with the athletic program at BSU.  She served as the President of the Bronco Athletic Association and headed the department’s fundraising auction.

Kathy was a member of Cole Community Church and her faith was the foundation of how she lived her life.  Among other things, she led women’s Bible studies and joined in on mission trips.

Kathy took such joy and delight in spending time with her only grandson, Jacob Altree.  Kathy read to Jacob as often as possible and shared her new hobby of playing the ukelele with him.  In recent years, care for her elderly parents, who both passed away this spring, was her top priority.  Kathy was taken away from us too soon, and she will be dearly missed.

Kathy is survived by her husband Randy; her daughter and son-in-law Gretchen and Dan Arguedas; her daughter and son-in-law Darcie and Kevin Altree and her grandson, Jacob Altree; her sister Linda James; and her brother Gary Newcomb.  In lieu of flowers, the family suggests donations to Caring Hearts Hands of Hope Inc. at P.O. Box 7152 Boise, ID 83707 or Hope House at 7696 Old Bruneau Hwy, Marsing, ID 83639 or http://ahome2come2.com/about-us/.

An online memorial service will be held from Cole Community Church in Boise on Friday, July 17 at 10 a.m. This service can only be viewed at www.colecommunity.org due to COVID gathering restrictions.

Condolences may be left for family at www.bowmanfuneral.com

Kathy’s Link for her Service https://youtu.be/NuNslNJjV54

An online memorial service will be held from Cole Community Church in Boise on Friday, July 17 at 10 a.m. This service can only be viewed at www.colecommunity.org due to COVID gathering restrictions.