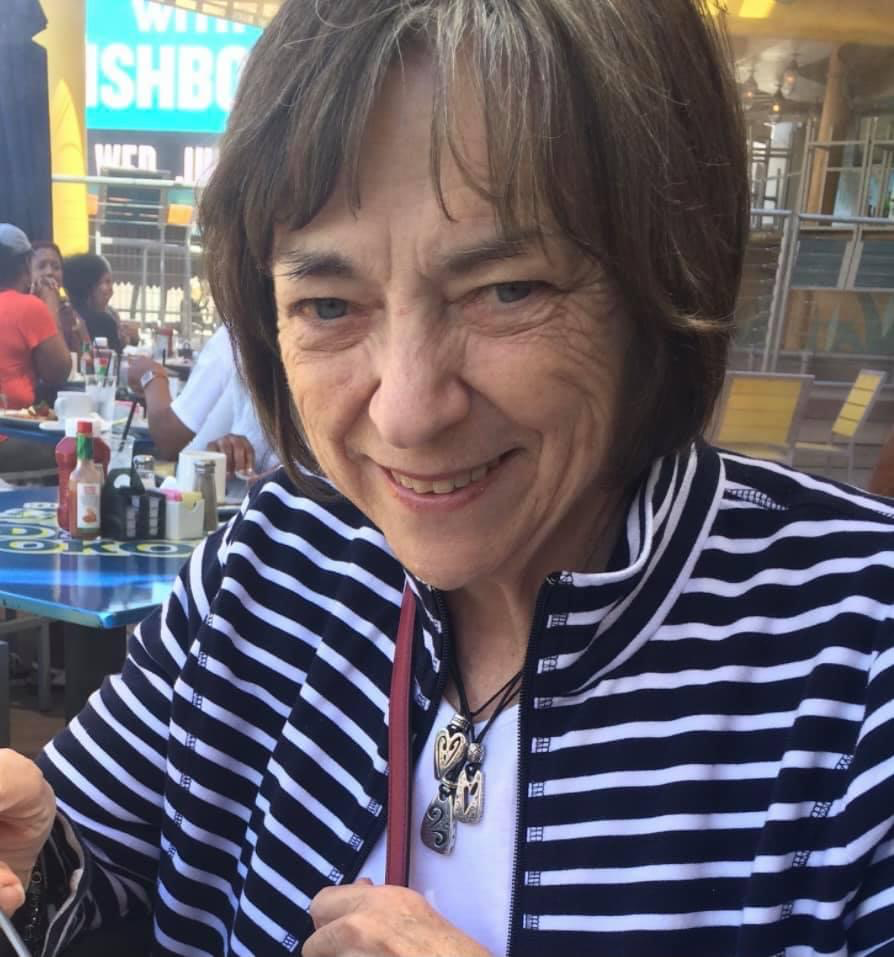 On February 12th, 2021, Kathleen Ann Wilkin Rogers passed away peacefully at the age of 72.  She was born in Ontario, OR, to Jacqueline (Jackie Dillon) and Gerald Wilkin in 1948.  Raised in a loving devout Catholic household she was the eldest of five close-knit siblings.  She was a loving, amazing daughter and sister. The family settled in Boise, Idaho, where she attended Sacred Heart, Saint Theresa and Bishop Kelly (66’).  She attended Boise State College (71’), and was the President of the charter class of the Alpha Omicron Pi sorority.  She received a Bachelor Degree in Business Administration and met James (Jim) E Rogers.  They married shortly after graduation and began their United States Marine Corp service, with Jim attending flight school.  A few years later they had their son, Matthew, followed by two daughters, Jennifer and Jamie.  Jim was deployed overseas on three separate occasions, leaving the sole responsibility of the child rearing with Kathy, which she did with grace and immense love.  Relocations, traveling and adventures continued throughout their USMC service, including Alabama, Mississippi, North Carolina, Texas, Virginia and Southern California, where they met dear friends, enjoyed many sporting events and raised three children.

Eventually returning to their hometown of Boise, Idaho, Kathy was able to reunite with her parents, siblings, large extended family and close longtime friends.  In retirement, she considered herself fortunate to travel throughout the United States as well as Europe with family and friends. Kathy enjoyed time with family and close friends above all else but allowed time for Longaberger Baskets, sewing, crafting, Dodger baseball, Boise State football and Gonzaga basketball.

Kathy is preceded in death by her parents, Jacqueline and Gerald Wilkin, as well as her in laws Josephine and Ralph Rogers.

Due to covid, a private funeral service will be observed, with a celebration of life to follow at a later date.