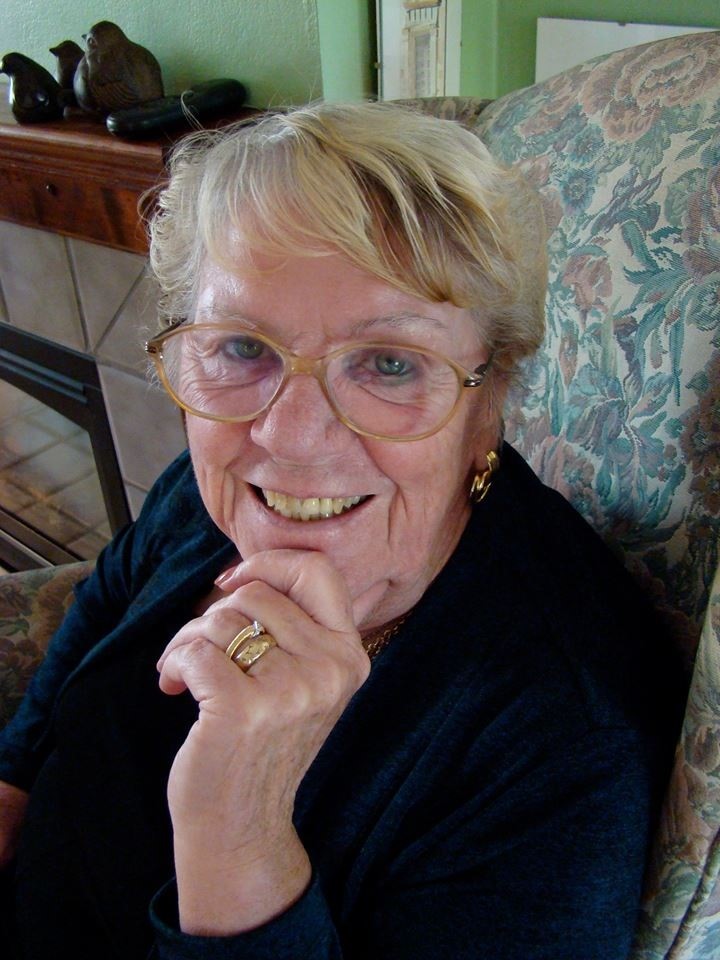 “When you enter your garden, let it be as though you opened a magic gate into a new and wonderful world.”

Karola Hardiek Carpenter entered this world on October 4, 1941 in Bockum-Hovel Germany, a daughter to Frederic and Elli Siefert Hardiek, and forming a soon-to-be family of 9.

Karola and her brother Hans Deiter arrived in Boise, Idaho on December 29th, 1961, after being sponsored by Mr. and Mrs. W.D. Eberle (Bill and Jean). Mr. Eberle’s parents had hired Leiselotte, Karola’s sister, after coming with an Air Force family to the United States in Mountain Home.

Karola married John Carpenter, a Boise florist, in 1964 after a 2-year courtship. They purchased a home in Boise’s North End, where they resided their entire lives.

After marrying, they purchased an existing flower shop in the Collister area, renaming it Collister House of Flowers. After John taught Karola the basics of floral design, she was a huge help and became a designer in her own right. Karola went to work for John’s Uncle Paul at Edwards Greenhouse in Boise where she loved “Aunt Dody”, Paul’s wife, as well as their 3 daughters – Garnette, Cathy, and Chris. She excelled at working in the dirt and bringing flowers into bloom.

Per Karola’s request, we will enjoy cake and coffee in the Legacy garden. Attendees are asked to wear something bright to go with our weather and celebrate Karola as she continues her journey through the gate and into the eternal garden.

The family wishes to thank Karola’s caregivers through Keystone Hospice. Contributions can be made to the Alzheimer’s Foundation in her name. “In lieu of flowers” was not in Karola’s vocabulary.

A celebration of life will be held on  June 30th at 10:30am in the Legacy garden at Edwards Greenhouse. Family and friends are welcome to join us. Condolences may be left for the family at www.bowmanfuneral.com

A celebration of life will be held on June 30th at 10:30am in the Legacy Garden at Edwards Greenhouse. Family and friends are welcome to join us. Condolences may be left for the family at www.bowmanfuneral.com