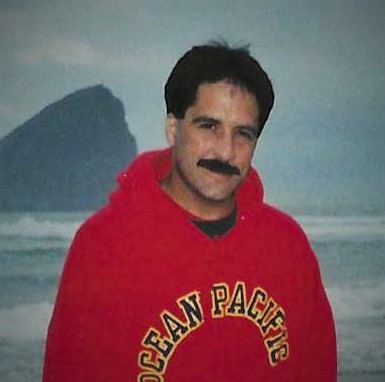 It is with great sorrow we announce Justin Townsend Anchustegui passed away unexpectedly February 1, 2021 at his home in Boise, ID

Justin was born on November 9, 1960 to Alex and Judy (Townsend) Anchustegui in Twin Falls, ID. Justin was the grandchild of Basque immigrant Eusebio Anchustegui who came to Idaho in 1917. He and his wife Jessie owned two successful sheep ranches: one in Shoshone, ID and one in Stanley, ID. They moved the sheep seasonally between ranches from the Woodriver Valley to the beautiful Sawtooth mountains. The Shoshone ranch was passed down to Justin’s father. He spent a great deal of time helping his father on the ranch and enjoyed it very much.

Justin was very proud of his Basque heritage. He was always cooking up traditional Basque dishes. As a young man he loved participating in weight competitions at the Gooding Basque picnics and later attended many Basque celebrations with his family in Boise. He enjoyed watching his children participate in Basque dancing over the years.

He grew up in Boise and Shoshone but lived in many other places including Oregon, Canada and California. After graduating from Shoshone High School, he attended Boise State University. He met Kellie (Dodd) Lowe and after a whirlwind romance they were married in 1988. Upon marrying he became the step father to her three children: Bradley, Aubrey and Katie. It wasn’t long before he and Kellie had children of their own. His first born, Abbegail, was born in 1989, followed by his son Justin in 1991 and his youngest, Arianna in 1995. Justin was a loving and devoted father. He took great pride in being a dad. He was able to somehow match his children’s energy and play for hours, all the while laughing and guiding. His children learned many skills and life lessons from him. He was a dedicated family man.

Justin worked in many trades but landed at Norco where he was employed for 27 years. Outside of work he had many notable hobbies. He embraced travel and adventure. Justin was an active outdoorsman, enjoying fishing, hunting, skiing, snowmobiling, water skiing and gardening. Justin loved anything fast and enjoyed drag racing and dirt bike riding. In his younger years he owned a candy apple red 1969 Ford Mustang Mach 1 Fastback and a speed boat named “Tequila Sunrise”. He had a sharp mind and a keen sense of creativity. Always a talented artist and welder, he was never afraid to get his hands dirty. It seemed he could fix just about anything.

Above all, he looked forward to family camping trips in Idaho and annual trips to the Oregon Coast. At the coast, he and his family fished, crabbed, explored, flew kites and made many cherished memories. He was a kind man with a reserved spirit. He valued strength not only in the physical sense but in character and mind. He was a wonderful storyteller. Justin will live on in the memories of those who knew him, loved him and shared time with him.

He is survived by his beloved wife Kellie and their children: Abbey, her husband Nick Stablein and son Noah; son Justin and daughter Arianna as well as his step children: Bradley Lowe, his wife Rachael and their son Teddy; Aubrey Banning, her husband Dan and their son Ayden; Katie Pierce, her husband Scott and their children Jalen and Aliyah; his sister’s Ann Marie Anchustegui and Ariadne Luh; mother-in-law DeeEtte Dodd, brother-in-laws Devin (Donna Jo) Dodd, Darin (LaDawn)Dodd, a niece and three nephews. He was preceded in death by his parents and father-in-law Alvah Dodd.

Due to these strange and difficult times, no service is being planned at this time.

Memorial donations may be made to the Boise Basque Museum and Cultural Center.