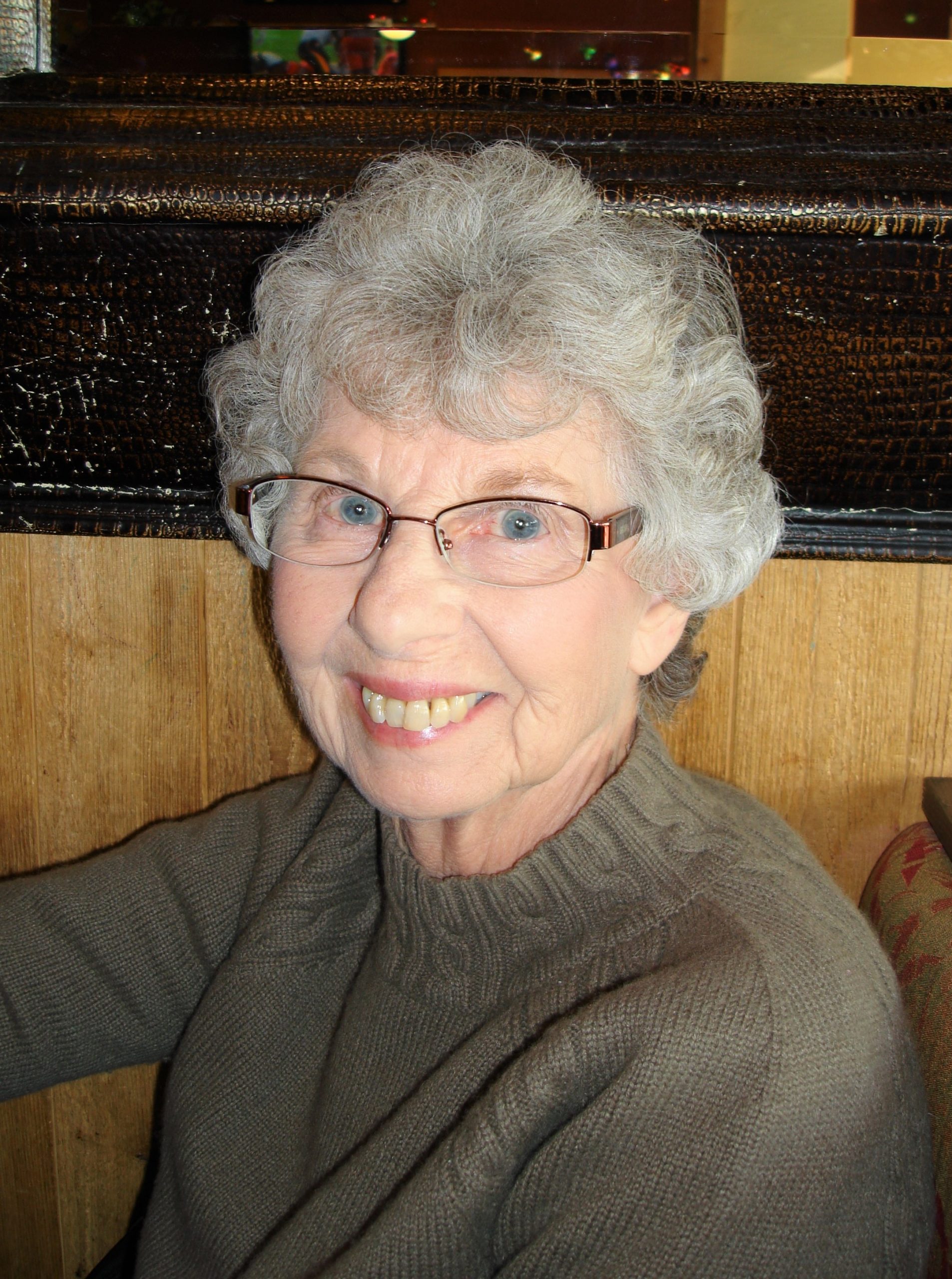 June Grozik, 89, passed away peacefully on June 20, 2021 in Eagle, ID.  She was born on December 3, 1931, in Royalton, IL, the youngest of eight children of Charles and Julia Kovach. Her parents were immigrants from Eastern Europe, who met and married in the U.S, and eventually settled in Southern Illinois.  Growing up in a coal mining town in rural Illinois during the depression was not easy, but she learned early on to be strong, resilient and to accept and adapt to life’s challenges, characteristics that served her well.

June met Steve Grozik of Buckner, IL in a carpool with others from neighboring towns while attending Southern Illinois University.  She told stories of how she had to sit on Steve’s lap because the car was so crowded, and how she often made the group late because she liked to sleep in, which aggravated Steve.  But somehow, despite that, they fell in love and married in a quiet courthouse ceremony on September 5, 1951.   They raised their two daughters Karen and Janet in Chicago and Libertyville, Illinois and San Juan Capistrano, California. Steve passed away in 1979, and June remained in CA for 36 years until she moved to Idaho in 2005 with her daughters.

During the early years of their marriage, June and Steve travelled back and forth between Chicago and Royalton while Steve finished his education.  She often described those years as some of the best times her and Steve had.

She worked in the payroll department at the Teletype Corporation in Chicago from the beginning of her marriage until the birth of her first child.  She enjoyed her job and her co-workers, and especially enjoyed going out to lunch in the city.

Her daughters remember her as a great cook (she was famous for her gravy and her fried chicken), a wonderful housekeeper (she set the bar high) and a devoted wife and mother.  She loved all children but was especially grateful for and proud of her two girls.  She was lucky to be a stay-at-home mom which allowed her to be a chaperone on many school field trips and Girl Scout outings.  Her daughters will always remember the interest that she took in hearing about their day at school and other activities.   Through example, she taught her daughters to be strong and independent and to value and appreciate family.   It is as a mom that she would most want to be remembered.

June was the one you called if things needed to be done.   Whether it was caring for Steve or other relatives during their illnesses or removing a snake out of the garage for a neighbor, she did it all quietly and willingly.

Small but mighty, hardworking, independent, a good judge of character, tough, spunky, fearless. These are the words used by friends and family to describe her.

She enjoyed all kinds of music and loved to dance to anything with a good beat!  She led a quiet life, was content to be alone and enjoyed reading and crossword puzzles.  She loved walking, especially her walks at Dana Point Harbor in California.   And when she moved to Idaho, she continued her daily walks and looked forward to chatting with the people in her neighborhood.   She continued to be active until her last year of life.

June was preceded in death by her husband of 28 years, Steve; her parents; her brothers John, Nick, Mike and Charlie Kovach; her sisters Ann Spitellie, Helen Farrar and Mary Goss; and her son-in-law, Bill Dow.

She is survived by her daughter Karen Grozik Dow of Eagle, ID; her daughter and son-in-law Jan and Brett Vanderbush of Meridian, ID; and numerous nieces and nephews.

Services will be in Royalton, IL at the Protection of the Holy Virgin Mary Russian Orthodox Church on Tuesday, June 29, 2021, at 11:00 am with burial directly following at St. Mary’s Orthodox Cemetery in Buckner, IL.  Father John Pawelchak will officiate. A memorial service will be held 1:00 pm, on Friday, July 9, 2021 at Bowman Funeral Parlor of Garden City.

Services will be in Royalton, IL at the Protection of the Holy Virgin Mary Russian Orthodox Church on Tuesday, June 29, 2021, at 11:00 am with burial directly following at St. Mary’s Orthodox Cemetery in Buckner, IL.  Father John Pawelchak will officiate. A memorial service will be held 1:00 pm, on Friday, July 9, 2021 at Bowman Funeral Parlor of Garden City.