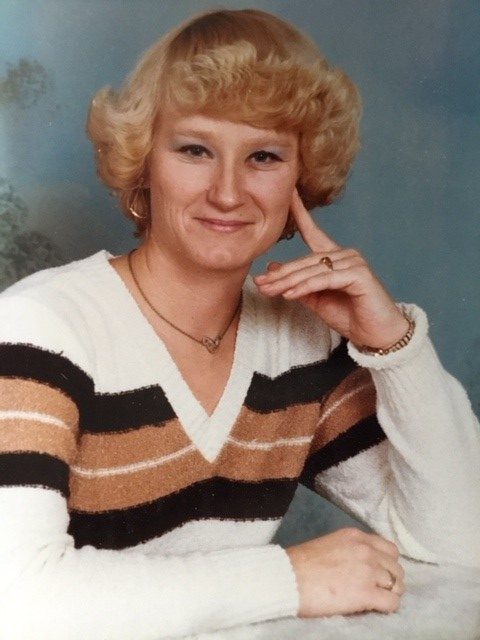 Judy lona Brock was born at St Luke’s hospital in Boise Idaho on Sept 11, 1951.
Judy was the 4th child of John and Burness Brock.
Judy grew up in Garden City with a large and happy family and went to elementary school there.
She moved on to high school at Capital High School in Boise.
Judy’s father, John Brock, was deceased in a aircraft accident and she decided to move to Canada at a young age.
She moved to Dawson Creek in northern British Columbia and lived with her Aunt and uncle.  Lowell and Dona Gigger took her in and she finished school at Central High School in Dawson Creek.
Giggers had 3 children of their own.  Jimmy, Carrol and Debbie and Judy fit right in.
Judy met Terry Cooke in 1968 and they married July 5 ,1969 and had 3 children.
Terry Ray ,Keven , and Joni.
Terry’s family were in the guide outfitting buisness and Judy spent many years as a camp cook in the most remote hunting camps in the northern parts of Canada.
In the off season she would work as a cook and waitress and spent many winters working at the Travelodge cafe in Dawson Creek while raising her kids.
In 1981Judy moved back to Boise ,Idaho and worked in many different restaurants around the city and finally at the Trolley House on Warm Springs Road where she made many life long friends.
Judy met her life long partner and companion, Allan Lenon, while working at The Trolley.
When she met Allan she gained more family and he became her soul mate and remained that until her passing.
Judy loved her new found family and was known for her kindness and generosity.
She was always willing to jump to the chance to help people.
Judy also spent a lot of time taking care of grandchildren and her many nieces and nephews and they all lovingly referred to her as “Gramma Judy”.

Judy was predeceased by her parents John Brock and Clay & Burness Rainwater,
her sister Roselyn and her eldest child, Terry Ray Cooke.
She also lost her partner, Allan, a short time before she herself passed away.

Judy is survived by her son Keven Patrick Cooke and her Daughter Joni Gayle Head and Joni’s husband Jason Head, Her siblings, Terry Brock, Rita, Teena, Theresa Sally, Jan, Val, Kirk, Connie, Doug and Teresa Lynn.
Her loving grandchildren.
Morghin Small
Christopher Cooke
Zayne Cooke
And also many nieces and nephews who all loved her.
Judy will be missed by many and forgotten by none.
May she Rest In Peace.