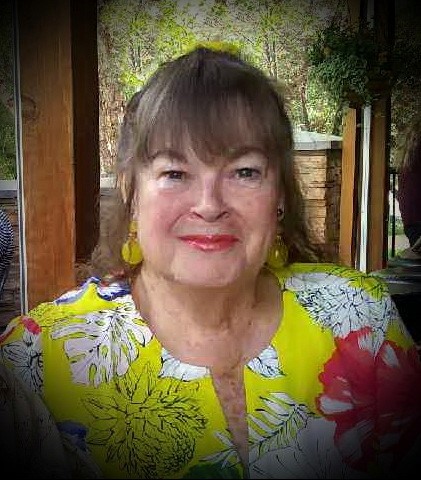 Judy Ann O’Neal was born on September 14, 1947, in Merced, California. Her parents were Ray Orville and Mary Sue O’Neal. Her mother was a housewife and her father served in the Air Force. His career had them moving to California, Arizona, Florida, and Japan. Judy graduated from Misawa High School on the Misawa Air Force base in Japan in 1965. After High School she moved with her parents to Arizona. In Flagstaff she met a young Airman serving a four-year tour, James Morehouse. The couple dated on and off for six years before getting married at the Central United Methodist Church in Phoenix on September 30, 1972.

The day Jim and Judy got married they got out a map of California where they had decided to move. They put a pin in it and the pin landed in Sunnyvale, California in the heart of Silicon Valley. Moving there, Jim got a job working for Cobilt, an electronics company that was later acquired by Applied Materials. Judy was a housewife and attended De Anza Community College in Cupertino, California. She studied art at De Anza receiving an Associate of Arts degree.

Judy found employment with Applied Materials as their Fleet Manager; taking care of the cars used by the company. Jim and Judy moved to Idaho in 1999, so that Jim could start a new job with a company called SCP. Judy continued to remotely manage the car fleet for Applied Materials. After a few years, SCP folded, and Jim officially retired and so did Judy. They enjoyed life together until Jim died of a heart attack on April 24, 2019. He was holding Judy’s hand at the time.

Judy was very artistic and something of a free spirit too. She and Jim enjoyed travelling. They would regularly visit Mexico and travelled to the Bahamas and other islands too. They loved white sand beaches and clear, warm tropical waters.

Judy was an avid reader, enjoying all kinds of books, but especially historical romances. Judy enjoyed shopping, buying lots of clothes, shoes, hats, jewelry, China and serving pieces. She loved animals, especially birds and fish. She was very devoted to her cockatoo, Sonny, who she thought was a male until he laid an egg (She kept calling him Sonny anyway). Judy enjoyed photography and was always taking pictures. She had very beautiful and florid handwriting.

She was famous for her tablespaces which were stunning and for her gift-wrapped presents. All her friends said that there was no one who wrapped gifts as nicely or as ornately as Judy. She made sure that everyone around her had a special birthday celebration. She always made sure they had cake, and always the same cake, her favorite: white cake with buttercream frosting and raspberry filling from Albertson’s.

Judy was an active member of the Eagle United Methodist Church where she attended the Prime-timer group for many years and was also active in Bible Study.

After Jim’s death, Judy’s health went into decline. She struggled with diabetes, as well as heart and kidney problems. She was in a car accident last summer and the wounds from that accident never healed properly. A few months ago, while in hospital, Judy’s kidneys shut down and she went on dialysis. After a time, it became apparent that her health was not improving and that it would not improve. Judy decided to go off dialysis and passed away peacefully a few days later. We lift Judy up into the presence of our Lord and Savior Jesus Christ in the sure and certain hope of the resurrection.