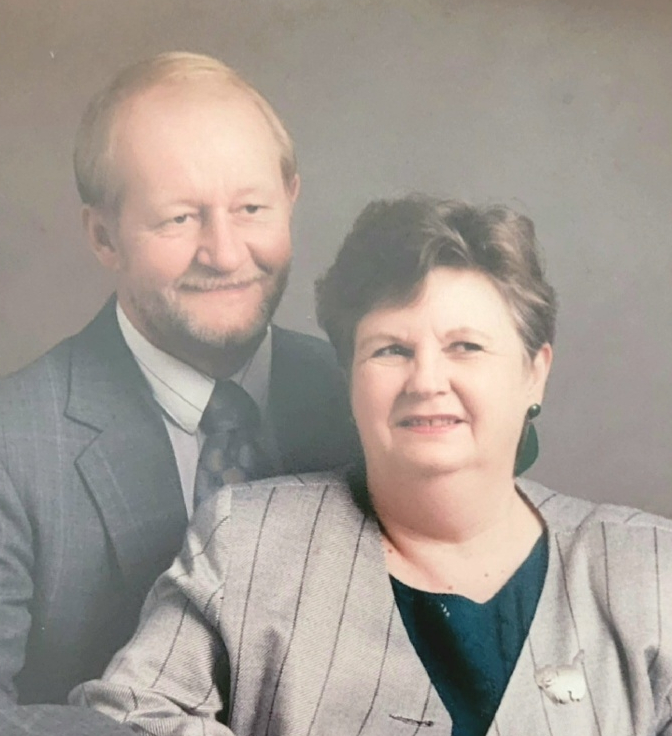 Our Mom, Sister, Aunt and Grandma – Judith Ann “Judy” Miles Bonner was born December 29, 1939, in Roseburg, Oregon and passed away peacefully in her sleep August 26, 2022, at the age of 82 with her daughter, Melissa by her side.

Judy was the third of four daughters born to Virginia Marie and Paul Clagstone Miles. The family relocated to Clarkston, Washington in 1948, where she and her sisters grew up. They had a happy childhood in the small town that Clarkston was in the late 1940’s and 50s. Judy graduated from Clarkston High School in 1958 and then enlisted in the US Navy at the age of 18. She served in various locations within the continental United States until 1961. Mom was extremely proud of her naval career and service. Her favorite memory of her service time was working as an editor and reporter for the naval base newspaper.

Judy met her first husband, Gary Marcus while still in the Navy where he also served. They were married in 1961 and their union blessed with two children, Melissa Eileen in 1962 and Gary Craig in 1963. They later divorced.

Judy then moved back to Clarkston with her two kids and their cat, Lady and wasted no time enrolling in Lewis-Clark State College. As a divorced, single mom, raising two kids, going to college and holding down a full-time job, she worked very hard to make a better life for her family. Mom was also a force to be reckoned with in the early 1970’s, championing women’s rights. Judy had a long career in public service for the State of Idaho, from being a Child Support Enforcement Officer to Job Service Counselor, and many other positions in between.

Mom was also a champion for rights and opportunities for her son Gary Craig. Soon after Gary was born, he was diagnosed with multiple physical and mental challenges and delays in development. Back in those days there wasn’t a lot of assistance with education or anything else for kids with special needs. Mom formed and was part of early support groups of other parents with special needs kids. She worked tirelessly on Gary’s behalf to ensure he had as many opportunities and experiences as possible in a world that was lagging way behind for kids like him. Mom was instrumental in supporting and working with the early days of the Special Olympics, of which Gary was a proud athlete. Later, when Gary was confined to a wheelchair in a nursing facility, she visited him every single day. Mom was utterly devoted to Gary his entire life, and when he passed away much too early in 2003, it broke her heart.

Judy married her 2nd husband, the love of her life, Jim Bonner, in 1977, and they shared many wonderful years of happiness together, until his passing in 2013.
Grandma Judy’s greatest joys came from spending time with her family, especially her grandchildren and great-grandchildren. She just loved watching the littles run around and play. She was also a life-long lover of the feline “purr-suasion” and had many kitty-cat companions over the years. Her final loving cat, Ozzie, was her best buddy for over 15 years.

A private family Celebration of Life will be held at a later date.

We love and miss you Mom, Sister, Aunt, and Grandma/Nana Judy. Keep smiling and telling your amazing stories in the next world, with as many sweet kitties on your lap as you can hold!

You were an awesome woman and truly a force to be reckoned with. Till we meet again.

A private family Celebration of Life will be held at a later date.