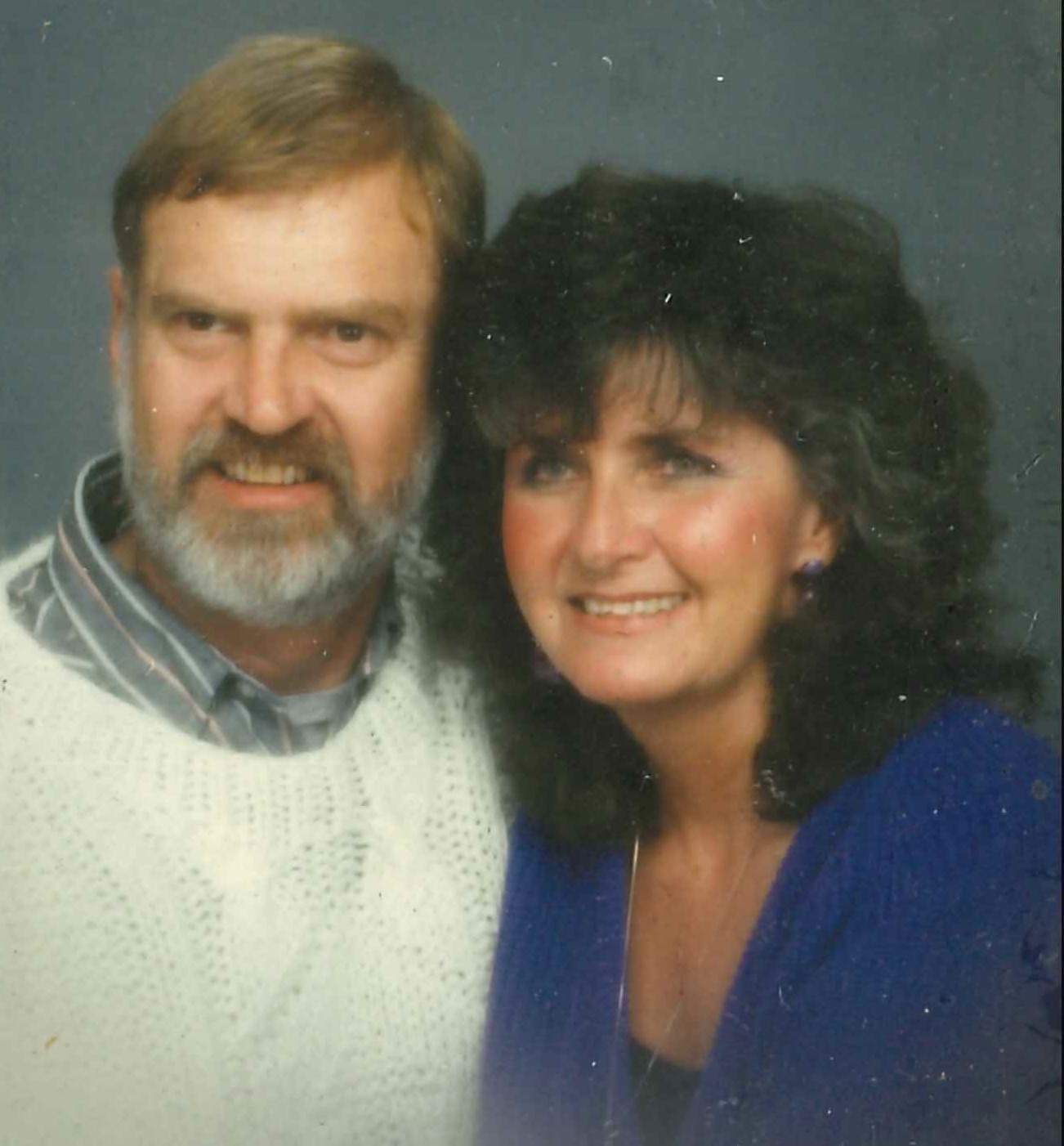 Judi Kae Haddow entered eternal life on Tuesday, June 15, 2021. Her spirit is carried on by her husband, three children, two siblings, four grandchildren, six great-grandchildren, and extended family relations and friends from every walk of life.

Judi Haddow was born Judy Kae Whitney on May 24, 1941, in Grover, Wyoming, to parents Zola Larson and Harold Kae Whitney. When Judy was only one year old, her father “Kae” was tragically killed in a railroad accident. He was employed as a brakeman for the Union Pacific Railroad and was fatally injured by a passing train at 24. Zola’s father, Gustav “Gus,” had immigrated from Norway as a child. His gumption may have inspired Zola’s move to San Diego, where she supported Judy and herself working at Consolidated Aircraft during World War II. There Zola met and married George Ford in 1943, and years later, they had Kristin and Douglas, Judi’s half-siblings. Sister became Mother when the family lost Zola to cancer at a young age, a role Judi embraced throughout her life, even when, as adults, the siblings grew to be friends.

In 1959 Judi married Kenny Hurd of Wyoming, and they started a family when they were just 18 and 19 years old. Together they raised three creative, independent & strong children–Tim, Holly, and Scott–while living in San Diego, California, Wyoming, Burley, Idaho, and eventually settling in McCall, Idaho.  Following her youthful years of motherhood, Judi set out to gain an education and graduated with a bachelor’s degree in Communications from Boise State University in her early 40s. She later completed a master’s degree in Theology and practiced Christian Counseling professionally and privately for many years.

In Judi’s younger years, she was incredibly close to her Grandmother, Lovisa Larson. She often told stories about their unique relationship, something she successfully strove to emulate with her precious grandchildren. She went as far as to learn many songs from the K-Pop boy band BTS, and she had hoped to attend a concert with her granddaughter Nikki. She was actively involved in all her grandchildren’s lives, loved them dearly, and rejoiced in the birth of their children, present and future. Judi also loved dogs and enjoyed life with many over the years, including Daisy, Cricket, Ishtah, Herbie and Heidi, Rosie, Kizzy, and Molly.

Before becoming a mother of her own, she filled in as a mother figure to her younger siblings, taking them to the beaches of San Diego and Payette Lake in McCall after watching the soap opera “Love Is a Many-Splendored Thing.” Later as an adult with a family of her own, she made sure to include her siblings. They would enjoy family vacations, playing games, singing songs, dancing, being entertained by puppet shows the kids would perform, and just enjoying being around each other. Her love of family was apparent and woven into the fabric of her life. She infused the values of being a good mother, continuing relationships, and putting children first. The family has many memories of Judi having everyone choke down one tablespoon of cod liver oil, shots of wheat germ, and ingesting Brewer’s yeast. She would even make “healthy” cookies that were as hard as a rock. Our house was always full of fun and laughter. Every day she was proud to be our mom, she wasn’t perfect, but we never for a moment doubted her love.

Those who knew Judi were blessed to learn many valuable life lessons from her, like finding joy in life every single day. She believed that women could do anything, be who they wanted to be, and think independently, and she instilled these ideas in her younger sister, daughter, and granddaughters.

While living with her son Tim in Texas, Judi met Thomas Haddow at a dance. After falling in love, they married on January 4, 1986, and spent 35 devoted years together. Tom cared for Judi as she became more debilitated from Juvenile Rheumatoid Arthritis, which she had acquired in the 6th grade. Judi’s strength and fortitude through a life of pain and physical suffering was an inspiration to all who knew her. She was uplifted by her Christian faith and sustained by her closeness to Jesus. A reality that she shared with many people throughout her life. She loved to read the Bible and regularly listened to praise and worship music.

Judi gave generously of herself to her family and friends and even to strangers, as she often saw the needs of others even as she suffered. Her gifts were of both emotional and monetary support—she believed in helping people with what she was given and often gave more money away than many would find prudent. Ever the Counselor, Judi was a patient listener and always offered insightful advice. Judi will be remembered for her ready and fervent prayers asking for blessings and protecting those she loved.

Judi was devoted to writing in her journals so much that her family will gain comfort from seeing her handwriting, reading her words and thoughts from boxfuls of her journals. She was dedicated to sending birthday and Christmas cards to those she cherished. You may recall letters or cards from her that touched your heart or tickled your funny bone.

Judi lived a miraculously long life, sustained by love, hope, and faith. She went to be with her Lord and Savior only weeks after celebrating her 80th birthday with her husband, daughter, three of her granddaughters, and her future grandson-in-law, Jeremy. Judi passed away peacefully at her new home at Grace Assisted Living, holding the hands of her son Scott and niece Amber. She was surrounded by love from her husband Tom, Scott’s wife Rebecca, and sister Kristin, as she passed on to Glory. She was blessed by phone calls and in-person visits with her beloved family and friends while lucid and joyous. Even in death, her broken body glowed with the radiance of Heaven.

Visitation for family and friends will be held from 5:00 pm to 6:00 pm, with a funeral service beginning at 6:00 pm on Monday, June 28, 2021, at Bowman Funeral Parlor of Garden City. A private family committal will be held at Dry Creek Cemetery in Boise the following day.

Visitation for family and friends will be held from 5:00 pm to 6:00 pm, with a funeral service beginning at 6:00 pm on Monday, June 28, 2021, at Bowman Funeral Parlor of Garden City. A private family committal will be held at Dry Creek Cemetery in Boise the following day.