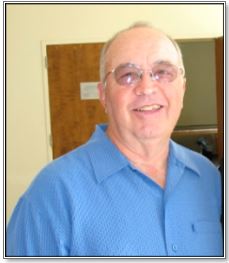 Joseph Samuel Clark, known as Joe to his friends and family, passed away on Monday May 9, 2022, in Boise, Idaho.

Joe was born on February 8, 1943, to Frank and Mildred (Helfrick) Clark in Leitersburg, Maryland. He and his family lived in Maryland, West Virginia, and finally settled in Franklin County, Pennsylvania.  Joe attended William Penn High School in Pennsylvania.

Joe enlisted in the US Air Force when he was 20 years old. He spent 8 years serving from 1961-1968, working as a VIP driver and a dispatcher. He served during the Vietnam war. He was stationed in Michigan, Thailand, and in England where he met his first wife, Jocelyn H. Tingey. They were married for 20 years and had 3 children. After the Air Force, they lived in Arizona, Oregon, and Caldwell, Idaho.

Joe met Janie Bedal while living in Nampa, Idaho.  They were married in 1993. She brought 4 children to their marriage. He enjoyed camping with his kids and grandkids, woodworking and building things in his garage, and tinkering with old cars. He enjoyed the outdoors and exploring new places to travel.  He also had a great love of covered bridges and lighthouses.  He was a member of the Karcher Church of the Nazarene. During his early working life, Joe worked at lumber yards (Handy Andy) and did some construction work. Most of his later working life was in a printer testing unit at Hewlett-Packard in Boise.

Joe is preceded in death by his parents, Frank and Mildred, and 3 brothers, Donald Clark, Walter ‘Bud’ Clark, and Mickey Clark.

A memorial service for Joe is on Monday May 23, 2022, at 10:00 am at the Idaho State Veteran’s Cemetery at 10100 North Horseshoe Bend Road, Boise, Idaho 83714.  In lieu of flowers, the family has requested that remembrances be made in the form of contributions to the American Parkinson Disease Association or The Michael J Fox Foundation.

In lieu of flowers, the family has requested that remembrances be made in the form of contributions to the American Parkinson Disease Association or The Michael J Fox Foundation.