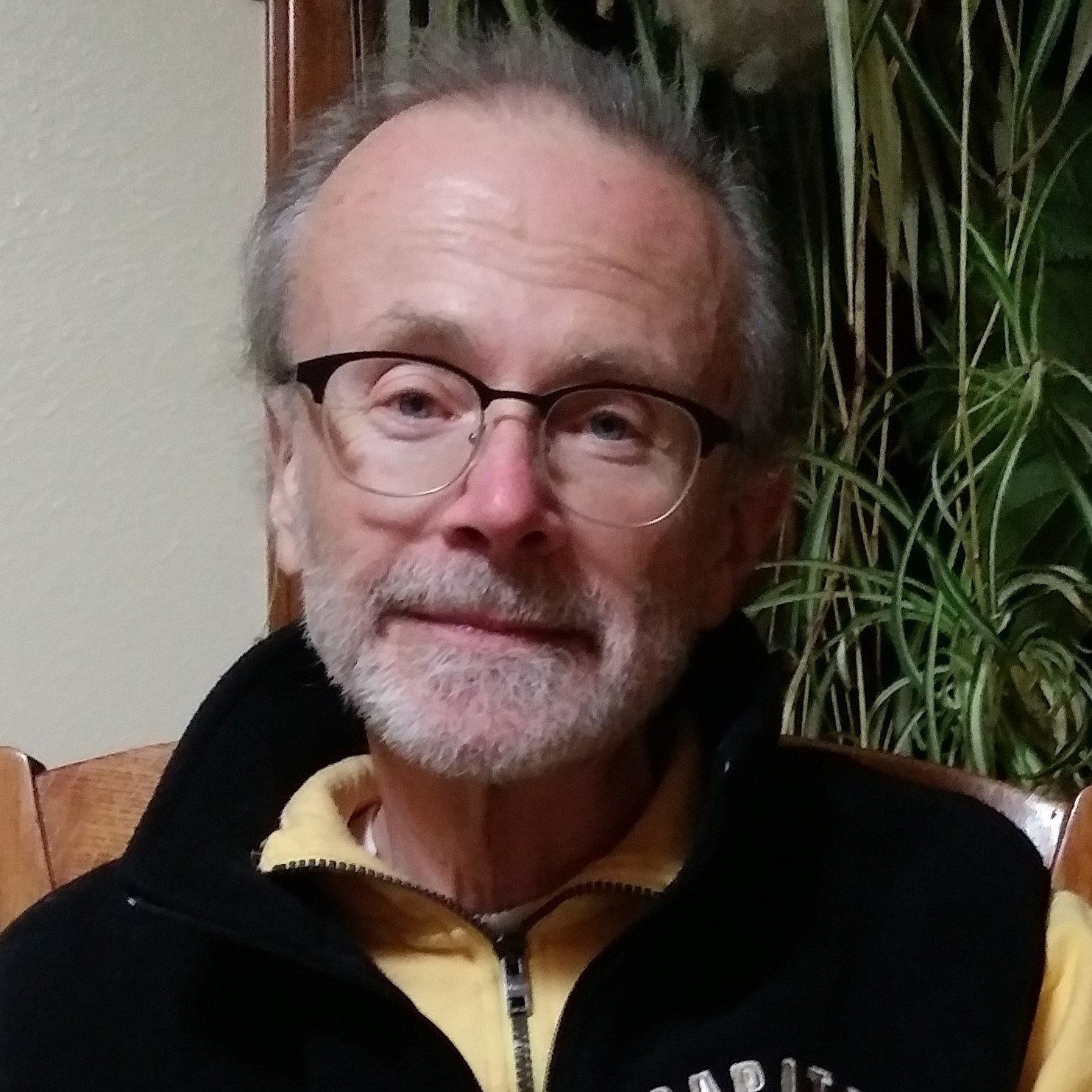 Joseph M Spinazola of Boise, Idaho was born in Chicago, Illinois to parents Lorraine and Joseph Spinazola. After attending several universities, he landed at the University of Minnesota and graduated with a degree in Forestry. It was there in calculus class he met his wife, Jean. They were married on June 9th, 1979. It was a rainy day, and though Joe endured the traditional “kidnapping of the groom to get him wasted”, he outwitted his new sisters-in-law, abandoning them at the bar without a ride, and returning to his life partner’s side no worse for wear.

The young couple then moved to Garden City, Kansas where Joe worked for the US Geological Survey. They later moved to Lawrence, Kansas, and after Jean became pregnant with their first daughter, Leanne, they made their best and final move to Boise, Idaho.

Four years after Leanne was born, Joe and Jean welcomed their second child, Audrey. Not too long after, Vincent was born. Joe loved and supported his three children with gusto, attending every possible game, concert, recital, and ceremony. He refereed soccer games for all three children while they played in city rec leagues and continued to ref even after they abandoned soccer for other pursuits.

The Spinazola household was a tightknit group from the beginning. While the kids were growing up, Sundays were family days and spent adventuring around town and in the Idaho wilderness surrounding Boise. From the slopes at Bogus to the Snake River plain, the Spinazolas were always outside and always together, eating snow and collecting rocks. Joe was a hot springs enthusiast, making it a point to visit family favorite spots like Silver Creek Plunge and Sligers on a regular basis, and discovering new hydrothermal havens whenever possible. Hot springs became a Spinazola tradition and even after his children became adults it was something they all enjoyed together whenever the opportunity arose.

Joe loved to travel, and while the kids were young, summers typically included camping excursions on the weekends and road trips to places like Yachats, Oregon for daily tidepool observing and agate hunting, and back to the Midwest to visit family in Minneapolis and Chicago. Once they were empty nesters, Joe planned trips to take with Jean. They enjoyed regular visits to beloved places like the Oregon Coast and Portland, Oregon, one of Joe’s favorite cities. The pair also spent time discovering new places like New Orleans during Halloween and Savannah, Georgia where they kayaked through cypress swamps. Part of Joe and Jean’s travel routine invariably took them to see their children, visiting for holidays and performances, graduations and just because.

Family dinners were a Spinazola ritual. A talented cook, Joe was always experimenting in the kitchen. When Audrey became a vegetarian in high school and was defaulting to a daily diet of PB and J, he began focusing more on vegetarian cuisine and eventually went back to being a vegetarian as well (a lifestyle he had led in his early adult life). Though he avoided meat in his own diet, he was happy to continue cooking old favorites like chicken and dumplings and breaded pork chops for his carnivorous wife and offspring. When Jean developed gluten and dairy sensitivities and removed those ingredients from her diet, he quickly adapted stapes such as lasagna and Saturday morning pancakes to be gluten and dairy free. Every dish he made was a labor of love and was always savored by those for whom he cooked.

Joe joined the workforce at the ripe age of 14, working summers at Taber Farms. After college he became a devoted public servant and was employed by the Forest Service as a fire fighter after graduating from the U of M. He then joined the USGS as a hydrologist, and finally the Bureau of Reclamation as a project manager where he received the John W. Keys, III Award. Before retiring in 2013, he split his time between Boise and Portland, Oregon working with Bonneville Power as a liaison for the Bureau of Reclamation.

Retirement agreed with Joe and he was constantly working on something: making improvements to the family home, collaborating with Jean to make their magical backyard an ever-more amazing paradise, and practicing music on his many guitars. He could often be found picking out melodies on his acoustic or electric guitars and enjoyed listening to an eclectic variety of music. Joe loved technology and even rebuilt an electric guitar. He was the family IT professional, researching, adopting, and having fun with the latest tech as it became available.

An avid cyclist and recreational skier, both downhill and Nordic, Joe was an active guy who enjoyed the outdoors with his wife and kids. When they weren’t in the mountains or zooming down the greenbelt, he spent time hiking in the Boise foothills and walking the many beautiful footpaths of the Treasure Valley. Any vacation always included a well-researched bike excursion, nature walk, hike, or kayak outing, depending on the location.

Joe will be immeasurably missed by his devoted family. He is survived by his wife, Jean, his three children, Leanne, Audrey, and Vincent, and sisters Sharon McGreevy (Tom) and Judy Spinazzola. A private memorial for family and friends will be held in the spring. Memories and condolences can be shared with the family here. In lieu of flowers donations can be made to Interfaith Sanctuary.