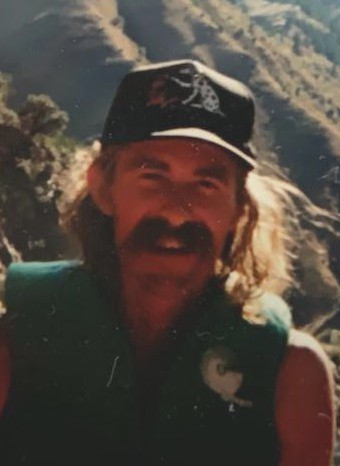 Joseph Gordon Ames, 62, was born in Ontario, Oregon on February 10, 1956, to Harlan and Mary (Bieber) Ames of Payette. He graduated from Payette High School in 1974. After high school he was employed at Foodland Grocery as a produce manager. He stayed in the grocery business and travelled to Alaska where he worked at Northern Lights Grocery in Anchorage. He then returned to Payette to work with his dad at Harlan’s Electric.

In 1978, Joe returned to Alaska to work in the commercial fishing industry with his brother, Steve; first on a huge Bering Sea crabber, Lafayette, as a deck hand. The Lafayette held 500 eight foot crab pots.  In 1987, with his brother, Steve, Joe went to work for Arctic Alaska Seafoods, which would soon turn into the largest seafood company on the West coast.

Apprenticing with his brother Steve, Joe became a certified Assistant Engineer on the fishing boats. In 1987, he assisted Steve with the transit of a brand new Crab Vessel, the Harvester Enterprise, through the Panama Canal to Seattle. In 1990, Joe began work for Arctic Alaska on a 275-foot factory trawler, the Kodiak Enterprise where he remained for the next 20 years as an Assistant Engineer. In 1995, Arctic Alaska Seafood was purchased by Trident Seafood Corp., which is now the largest seafood company in North America.

Joe was highly regarded as one of the best engineers ever to work for Trident Seafoods. In his honor, Trident Seafoods flew their flags at half-mast throughout their fleet.

Joe passed away from complications of COPD.

Joe was a life-long bachelor, never married and no children. Joe is survived by his brother Tom Ames (Claire}, sister Kristine Tuttle (Bruce), and sister Gail Codding (Dave); nieces and nephews: Nicole Lynn Ames, Michael, Patrick and Eric Tuttle, Toby and Sam Ames, Libby Walters, and Gabe Nesbitt. He also leaves numerous great nieces and nephews. He was preceded in death by his mother and father, and brother Steve.

Joe loved sport fishing and spending time at his blue-roofed cabin on Brownlee Reservoir. Anyone who knew Joe, knew his great love for his family as well as his friends and his beloved dogs. Joe was known by many as a “dog whisperer”.

Recitation of the Rosary is scheduled for 9:20 AM February 12, 2019, with a Funeral Mass following at 10:00 AM at Corpus Christi Catholic Church. Immediately following the Mass, internment will be at Riverside Cemetery, Payette. A luncheon will be provided at the Church following internment for family and friends.

In lieu of flowers, donations may be made to Idaho Humane Society, 4775 West Dorman Street, Boise, Idaho 83705