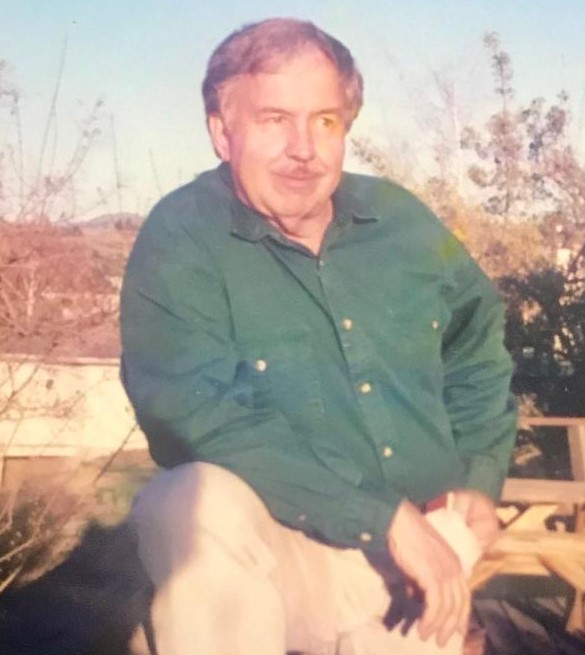 Joe had a happy childhood with his two sisters and brother in Portland, Oregon. His father was an attorney, but had many other enterprises. In 1943, they bought the Florence Dairy after his father had a heart attack. Joe and his mother stayed at his grandparents’ home in Bay Ocean.  Joe was very proud that his grandfather was a lighthouse keeper at Cape Meares and spent much of his time there. He was educated in a one room schoolhouse, and when the students ended their lessons, they could play in the ocean.

They returned to Vancouver in 1945 and in 1947 Joe contracted polio at a YMCA Camp. He was fortunate enough to have a very dedicated nurse who worked with him daily for an entire year so Joe could resume an ordinary life.

In 1949, the family moved to Boise, Idaho. Joe then attended Boise High School and Boise Junior College. He was honorably discharged from the US Air Force and the Idaho National Guard.

Joe was a very hard worker and had a very strong work ethic. He established the Civic Center Service and Parking Garage at 6th and Idaho Streets in September of 1964. He retired in 1989. He then began his career of helping others and volunteer work. Joe was a compassionate person and some of his happiest memories came from his time volunteering at the Boise Visitor’s Center giving information and speaking to people about Idaho. He loved talking with the visitors and became lifelong friends with many of the other volunteers. Joe and his wife also delivered items for the Assistance League for many years.

Joe married Ann Marie Hibbard on the beach in Maui on a knoll overlooking the ocean. They were together for 26 years and continued to vacation for a month every year in Hawaii. Their travels were all over the world, and included destinies such as Thailand, Scandinavia, China, Japan, Iceland, Australia, New Zealand and many other places that also included both Eastern and Western Europe. Furthermore, they enjoyed many happy times at the Peavey/Derr cabins in McCall and Cannon Beach, Oregon.

He was preceded in death by his parents, his brother Richard, and sisters, Donna Hale and Barbara Small, as well as a baby girl, Valerie Jo.

Joe had an outgoing personality and he never knew a stranger. He was charming, funny and had interesting stories to share. Some of his closest friends included Bernie, who was like a brother to him, Raleigh, Allen, and Bob. They would all reminisce about their exploits and adventures as young men. Those stories never got old to them.

Joe was much loved and cherished by his friends, family and community. He was dearly loved and will be missed greatly.