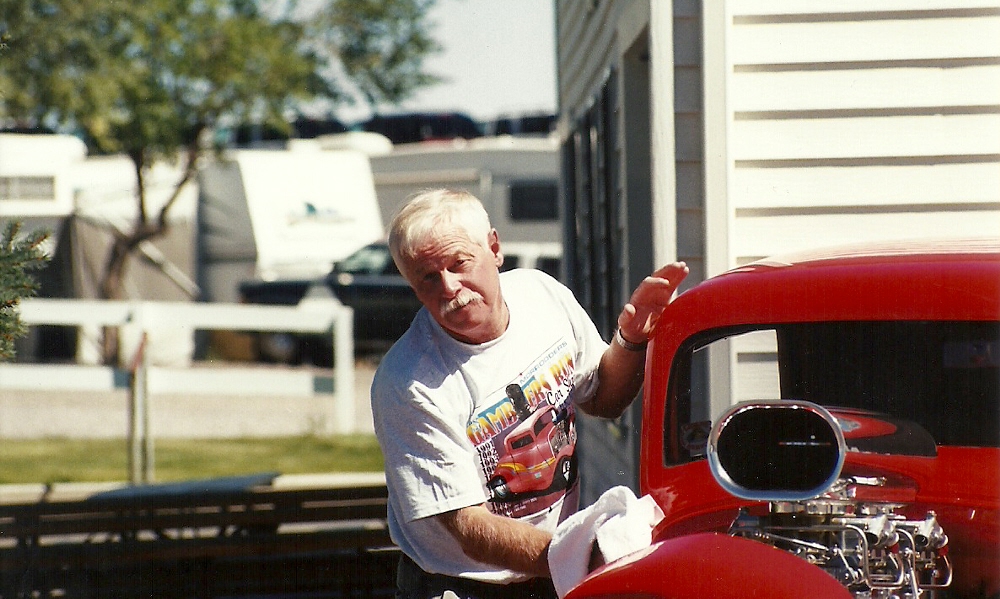 John William Shay, 74, of Eagle, passed away on July 20 at home after a courageous battle with an illness.

John was born in Greeley, Colorado to Paul and Dolores Shay on November 13, 1945.  He was the oldest of 4 children. He went to grade school in Phoenix and the family moved to Idaho when he was 12 where he later graduated from Idaho Falls high school. He married Marty in Elko, Nevada in 2001.  John and Marty enjoyed many years of traveling to car shows and living part time in Lake Havasu. John started his own company Paramount Heating in 1978 in which he remained devoted to all the way until his death.

Johns fascination with classic cars began with a 1967 Chevelle, but his true pride and joy was his 32 3-window coupe. Cars were his passion and lifelong hobby. He won numerous awards at car shows. John was an extremely hard worker his entire life. He was the definition of a perfectionist. He accepted nothing less than 100%. To quote him “half right is all wrong!”

Anyone who knew or met John knows that he was one of a kind-a real legend in his own time. We will all miss his wild storytelling, his advice, and his ability to speak his mind. He has left a large void in many lives and we will miss him every day.

John is preceded in death by his parents, his best friend and brother Mike Shay, and a grandson Nathan Lewis.

A private celebration of life will follow on September 12, details to be determined.

The family wishes to extend our sincere thanks to St. Luke’s hospice specifically his nurses Allison and Amanda, as well as Dr. Matthew Divietro.