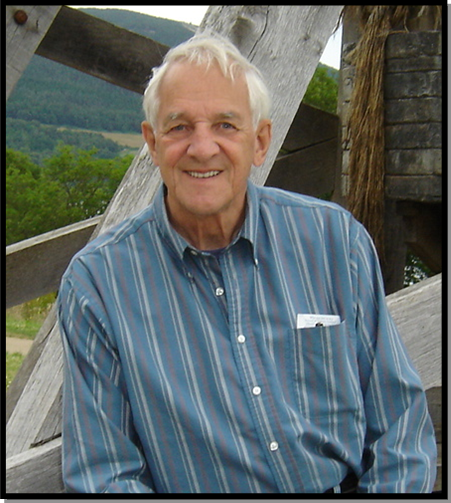 Hampshire to Florence and Rowland Gault.  He had two

John attended Alton High School in New Hampshire where he was voted “Most Flirtatious” by his class.  He was on the

Varsity Baseball and Basketball teams and the Student

After graduation from High School, John joined the US Air Force and became a Weather Technician responsible for

providing weather briefs to pilots prior to their missions.

Early in his career he was stationed at Molesworth in England.

During an off-duty visit to London, the tall and charming young man met his future wife, Jean McIntyre.  They married on April 30th, 1955.  While stationed in Chateauroux, France, the happy couple started a family with two healthy sons,

Gregory and Douglas.  The couple later added a lovely

Following a 1966 tour in Viet Nam, John and his family

transferred to Germany, the first of several duty stations

providing John and Jean the opportunity to expose their

children to the wonders of Europe.

John graced those around him with his calm, hard to rattle, easy to laugh, personality.  During his career in the Air Force, peers and superiors who worked with John recognized him for his diligence and exceptional work ethic.

John was a devoted husband and wonderful father who will be missed tremendously.  He waits now in God’s Garden for his loved ones to join him