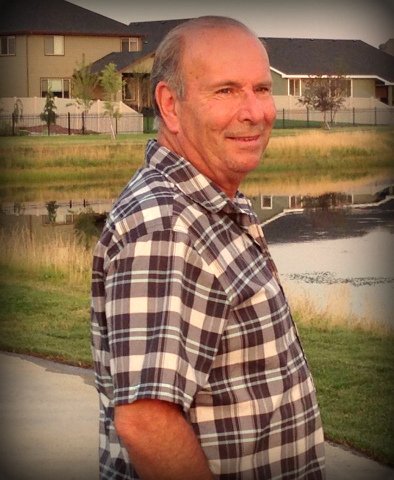 John Stephen Firestone, a retired California State Police Officer and resident of Star,Idaho, died unexpectedly in his home on March 9th, 2020 at the age of 70.

John is survived by his wife Sylvia; his children and their spouses Tricia & Charlie, Christine & Bryan, and John Jr. & Heather. He was survived by his brother Russel and sister Anita. Respectively he had nine grandchildren; Jake, Sierra, Brendan, Liam, Rylee, Saydee, Brody, Karlee, and Kenzie. He also had two great grandchildren; Sterling and Rex.

John was born in Glendale, California on April 12th 1949 to Eugene and Blanche. He graduated from North Hollywood High School. John and Sylvia met at a cruise night and have been inseparable ever since. They secretly eloped down to Mexico in 1969 and a year later had a wedding in Las Vegas, Nevada with family. John joined the Army National Guard and served for six years. John and Sylvia were sealed in the Los Angeles, California Temple in 1977. Last year they celebrated their 50th wedding anniversary.

John was a dedicated husband and father, hard worker, loved to make people laugh and known for his standout beautiful blue eyes and smile. He enjoyed spending time with family, playing games and traveling. From early on, he loved new technology and was always one of the first to embrace it. He was always curious about how things worked and was never afraid to teach himself something new. John could fix anything. He was a true handyman and problem solver at work, around the house and for family and friends all over. John was a member of The Church of Jesus Christ of Latter-day Saints and involved in many church related activities including working in the Meridian, Idaho Temple. He will always be missed by family, friends and all who knew him.

A funeral service is scheduled for Friday March 20th at 11:00 am at The Church of Jesus Christ of Latter-day Saints, 2940 W. Floating Feather Star, Idaho. Flowers may be delivered to Bowman Funeral Home 10254 W Carlton Bay Drive Garden City, Idaho 83714.

A funeral service is scheduled for Friday March 20th at 11:00 am at The Church of Jesus Christ of Latter-day Saints, 2940 W. Floating Feather Star, Idaho. Flowers may be delivered to Bowman Funeral Home 10254 W Carlton Bay Drive Garden City, Idaho 83714.