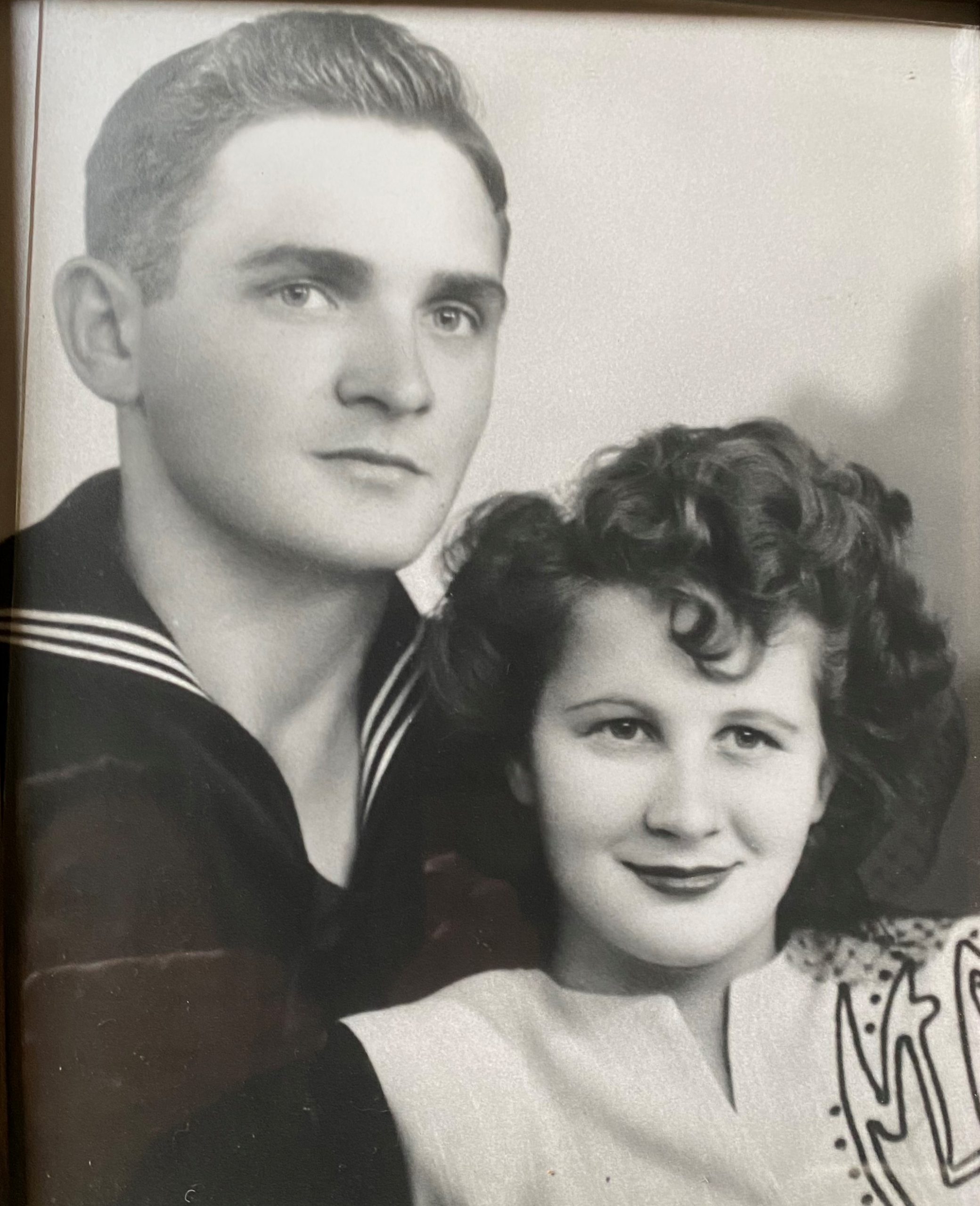 John George Kiefer passed away peacefully at home surrounded by family and loved ones on January 19th, 2020 in Hidden Springs, Idaho. He was born January 25, 1928 in Tewaukon Township, Sargent County, ND, the firstborn of William (Bill) and Cecelia (Riba) Kiefer. He grew up on a farm very close to his grandparent’s homestead (Charles W and Clara (Washtok) Kiefer. John always said if he was scolded at home for some small transgression, he could always walk over to Grandma and Grandpa’s place for consolation. His early years of youth were growing up during the Great Depression with his sisters Lois and Mary. Looking back, he reminisced, times were probably tough, but we never considered ourselves poor. Because we had a roof over our heads and plenty of good home cooked meals by his mom and grandmother. He also exclaimed that as a child all his friends and area farm families “were of the same boat” so no one knew that somewhere it could be better.

His grade school education was obtained in several one room school houses and according to his sister, Lois, they walked to the closest school which was about 3 miles away. During the winter when it was very cold, she said Dad (Bill) would take them to school in a sleigh wagon pulled by a team of horses. It was a covered rig with boards and canvas and Mom (Celia) would heat rocks to keep their feet warm and use many blankets to make the trip comfortable.

John graduated from Geneseo High School in 1945. In the fall, he took a short course in bookkeeping at North Dakota State School of Science in Whapeton. After completion of the course, he kept books for a few months at Kiefer Brothers Hardware and Implement in Cayuga before enlisting in the Navy in the winter of 1945/1946.

On May 4, 1946 John was married to Doris Dunn by Father Slominski in Mooreton, North Dakota while on leave from the service. He spent his tour of duty in the Orient shortly after the surrender of Japan during WW2. Upon discharge from the military, John attended North Dakota Agricultural College (now NDSU) and graduated with a mechanical engineering degree in 1950.

With his education complete, John and Doris lived back and forth between Seattle, WA and Wichita, KS as John was employed by Boeing Aircraft from 1950 – 1964. For a short period of time, he moved his family to Phoenix, AZ. where he worked at Goodyear for a few years. In 1969, he moved to Kent, WA and began re-creation of the Kiefer/Nelson”Homestead” (west coast edition) on 15 acres of open and timbered land. Through the years, six children were born: Jack, Susan, Daniel, Charlie, Tom and Joan. On this “homestead” the kids have many memories with John running around dressed in bib overalls and raising a few white-faced cattle, pigs, goats, a pony and several dogs. Also during this time, while they were building the family home, Doris took a major newspaper route delivery job for the Seattle Times and John finished his engineering career with the government, being employed by the FAA.

In 1992, Dan returned from Australia to continue to help John and Doris with improvements to the homestead. This included renovation of (as Charlie would put it) a house purchased for
$10.00. They worked hard on the remodeling and it would later be one of Jack’s temporary residences the family provided for him over the years. Eventually, Dan and family restored “The Barn” and homes for Joan, Dan and John were built and improvements to the $1O house were made for Charlie and Kathee’s family. Many good times were had at “The Barn”, but as with all happy times, circumstances change. Sadly, Doris passed away in 1998 followed by Jack in 2006, Dan in 2007 and recently Sue on Feb 5, 2020. Charlie and family moved to Alaska in 2000 and Joan to Boise, ID with her family in 2006. Tom moved to Los Angeles and eventually settled in Ajo, AZ in 2001.

Because the family had moved on, in 2011, John sold his home at “The Homestead” and moved to Boise, ID to be with his daughter Joan. He loved living at the Hidden Springs Mercantile Store apartments which is owned by his daughter Joan Peterson. Between Joan and Charlie, John had a fantastic retirement. He spent time between his residence in Boise and his villa in Green Valley, AZ, where he and his son Charlie were neighbors. Charlie would come from Alaska in the winter and assist John in any way possible.

John is preceded in death by his wife Doris (Dunn) Kiefer, two sons, John (Jack) and Daniel, his parents William and Cecelia Kiefer, his sister Betty Kiefer and other relatives.

A memorial service will be held at Tahoma National Veterans Cemetery at 10:45 AM in Kent, WA on May 4, which is John and Doris’s anniversary. After the memorial service, friends and family will meet at Lake Wilderness Arboretum to celebrate and remember John’s legacy amongst the rhododendrons and azaleas in bloom.

In leu of flowers, donations may be made to NAMI (National Alliance on Mental Illness)

The Bowman Funeral Parlor in Garden City, Idaho will have an online obituary, www.bowmanfuneral.com for people to view and share memories of Johns life.

A memorial service will be held at Tahoma National Veterans Cemetery at 10:45 AM in Kent, WA on May 4, which is John and Doris's anniversary. After the memorial service, friends and family will meet at Lake Wilderness Arboretum to celebrate and remember John's legacy amongst the rhododendrons and azaleas in bloom.