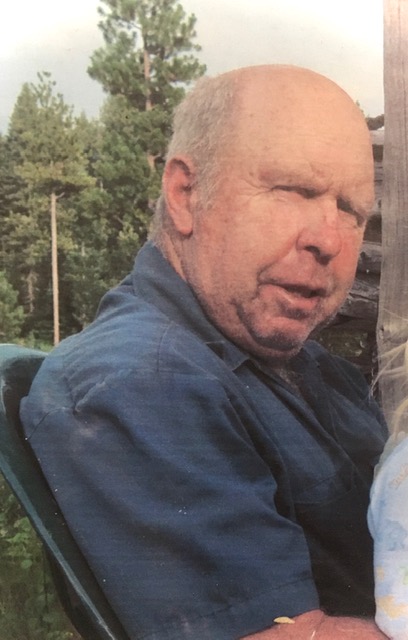 John E. Boehm was born in San Francisco, CA on August 14, 1943 to William Leroy Boehm and Geneva (Byers) Boehm. He passed away, Saturday May 2nd in his home surrounded by family.
Dad’s life arced from being a farmer and lumber jack, to sailor, diesel mechanic, Golf Course superintendent and then owner, a firefighter, woodsman, and over-all a father and husband to Mom who he loved most of all.
Dad grew up in Indian Valley, ID before joining the Navy in 1962. He was assigned to the USS Topeka as a gunners mate, missiles. While in the Navy, John met his future wife, Patricia Lind, at a USO dance in California. Mom and Dad married on March 18, 1967 in Palos Verdes, CA. They were happily married for 53 years. Dad and Mom moved to Eagle, ID where they raised four kids in the house they built in the hills north of Boise and Eagle. “Close enough to town for Mom and far enough for Dad”, as they always put it.
Dad worked as a diesel engine mechanic for about 9 years when he switched to his lifelong career as a golf course superintendent. He started at Eagle Hills Golf Course before working for Shadow Valley Golf Course while earning his degree in Golf Course Management. Dad became the 1st certified Golf Course Superintendent in Idaho and was a member of the Golf Course Superintendents Association of America. While at Shadow Valley, Dad got his first taste of creating golf courses from scratch when he helped build the back nine. He moved back to Eagle Hills Golf Course where he honed his skills in the trade for about another 10 years when he was able take the next step to building his own golf course. In 1990, Dad started building Foxtail Golf Course off Chinden Boulevard which opened in the early-nineties. It started as a driving range and became an 18-hole executive golf course where many in the valley learned to golf for the first time. He always wanted to build something in a way that everybody could learn to play the sport. After bringing Foxtail to life and ensuring it was well established, he moved on to build River Birch Golf Course near Star off Highway 16 and finally to Soldier Mountain Ranch Resort in Fairfield, ID. Throughout those years he played a part in dozens of Golf Courses around the region sharing his expertise and gaining insights from others. Around 2008, Dad retired to focus on his mountains, wife and grandkids.
Throughout all that to help make ends meet, Dad was also a volunteer fire fighter and EMT at the Eagle Fire Department for 19 years. The fire department became a passion for dad. He saw it as a way to make a difference in his community and to give back. He mentored many fine fire fighters over those years. He was actively involved in Eagle Fire Fighter Association and held many officer positions. He often volunteered to work the many fund raiser events sponsored by the fire department such as the Haunted Woods and Rocky Mountain Oyster Feed. Dad spent time helping to restore a classic fire truck which was later used in parades such as Santa’s Fire Engine during the Garden City Police Christmas gift giveaway.
Dad always loved the mountains and every free moment he had he’d pack up the family and “head for the hills”. He and his brother Larry managed to achieve a dream of theirs and bought some property on Indian Mountain where their free time went to building fences, cutting fire wood and planting trees. This would be the place he would take us to learn how to hunt, track and get lost in the woods.
Dad was a wonderful husband and father and always made time to be at all of his kids events including help coaching soccer when all 4 kids were in it at once and being a Boy Scout leader. He also enjoyed woodcarving, teasing his friends and family and playing practical jokes on others. Special interests included firefighting, grandchildren and building anything he could think of from a home addition to a chariot used for his grandsons’ 4H project of training sheep.
Dad is survived by his wife, Pat, children: Roy (Kristin), Jenny, Alex (Valerie), and Eben Boehm and 12 grandchildren: Corey, Lea, Marcus, Ethan, Melinda, Savik, Logan, Henry, Eleanor, John, Tanner and Quinn. He is also survived by his sister, Myrna Richards and his brother Larry Boehm. We are grateful to thoughts and stories from the people he has made a difference to over the years and are glad he meant something in your lives.
There will be a drive through memorial service at Eagle Fire Station #1 on Tuesday, May 12th at 2 PM. Arrangements are under the direction of Bowman Funeral Parlor. www.bowmanfuneral.com 208-853-3131.

Public services will be announced soon.